When developing visual stories we always consider how they might be shared in court. Most cases settle, but when they don’t, it’s important to be prepared. Take a look at seven ideas to make your demonstrative evidence more engaging and memorable.

Ten years ago, sharing a PowerPoint deck or video clip in court often required bringing all the technology with you. In one case, we created a quick 3d model of an unusually small courtroom to figure out if it was possible to place a digital projector and large screen where everyone could see it.

Today, most court rooms have some provision for displaying digital files to the witness, judge, jury and opposing counsel. However, the mere existence of a TV screen and HDMI cable does not mean all your presentation problems are solved. There is a theatrical element to every trial and just as you’ll want to rehearse your opening statement, it also makes sense to do a practice run with your exhibits. Ideally, you would bring draft exhibits into the courtroom where you’ll be presenting. If this isn’t practical, a digital mockup is a good alternative, that can help you understand how an exhibit will be experienced from different perspectives.

We built an accurate digital model of a typical room in the new Multnomah County Courthouse, and have used it to illustrate ideas for making exhibits more interactive.

Holding poster board in front of the jury

When it’s possible to do so, we are big fans of bringing relevant evidence into court as a demonstrative. For larger objects, doing a digital mockup first will help your team think through the logistics of getting permission from the court, moving it into the courtroom, using it most effectively with your witnesses.

So far we’ve focused on ideas for using physical objects to make exhibits more interactive and memorable. Now we pose this question: How might technology be used to being even larger (virtual) objects to life in the well?

Stay tuned for a blog post on how mixed reality may be coming to courtrooms in the near future.

Note: While making this model in SketchUp, I wanted to have more life-like models than what you're used to seeing. Most of the people were found here at FormFonts. 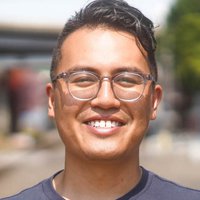 Kenneth Zapata is a Designer at Fat Pencil Studio