We worked with software entrepreneur Paul Jazzar to illustrate a concept: What would it feel like to use an aerial taxi service in New York City? 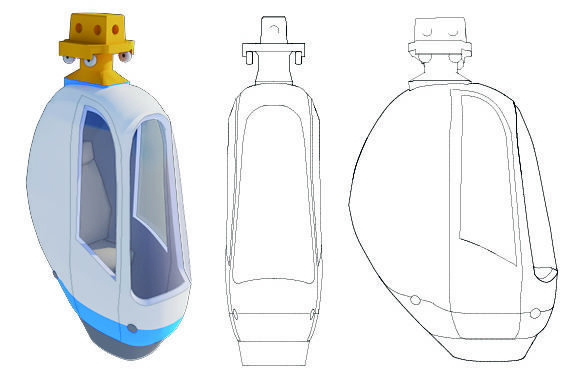 Flying cars, long a staple of science fiction, could soon become reality thanks to rapid advances in autonomous vehicle and drone technology. What will this look like? Your own personal car with folding wings? Perhaps these will become popular with pilots. But for the rest of us, a different model is more likely.

Two years ago, Fat Pencil Studio worked with software entrepreneur Paul Jazzar to illustrate a concept: What would it feel like to use an aerial taxi service in New York City? Something like Uber, but instead of taking the elevator down to the street, you’d head up to the roof to catch your ride. After an intense few weeks of sketching and 3d modeling, the Bumblebee was born. 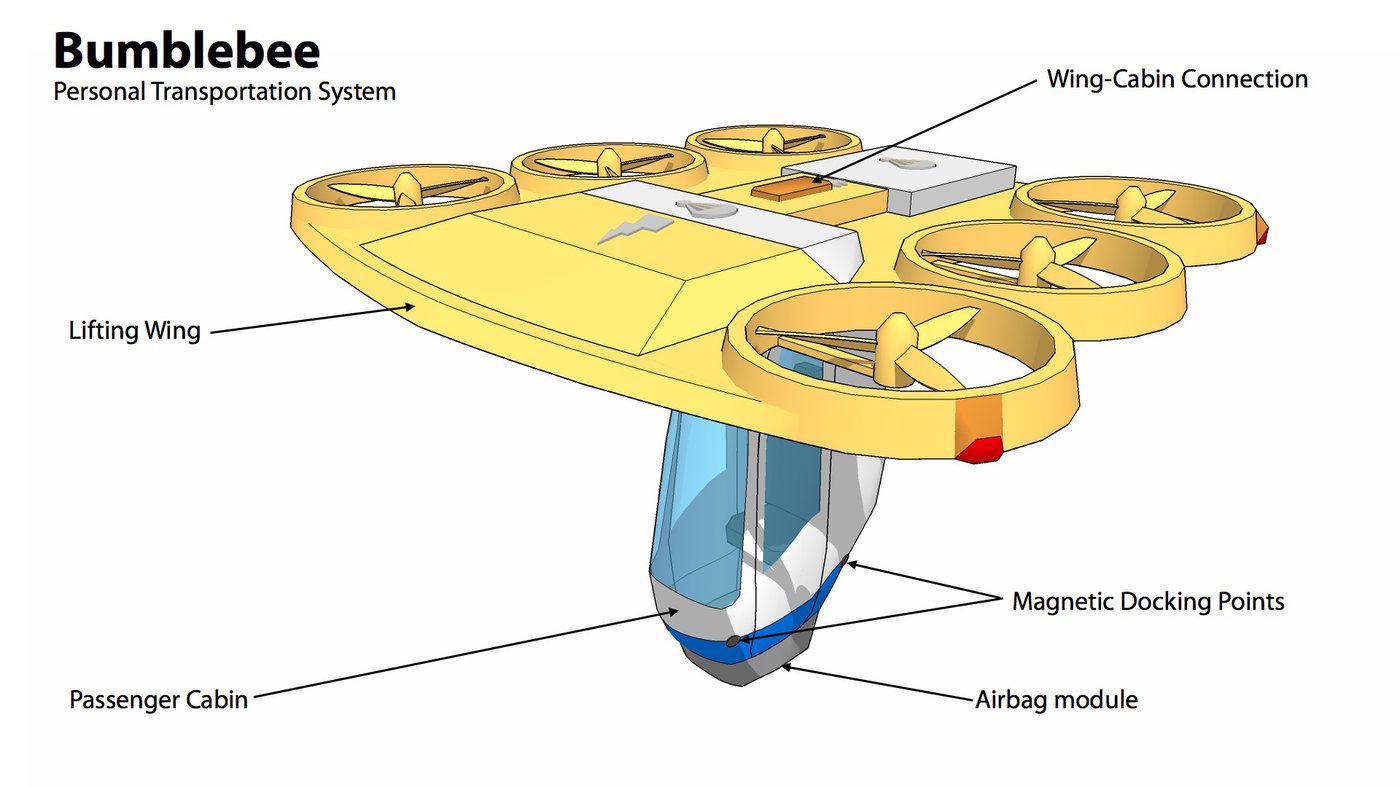 Paul never wanted to build the hardware. His main interest was to raise money and start a company to develop software and control centers to allow such a system to operate in a busy metropolitan area. He saw a lot of interest from investors, but Paul was not able to get the company off the ground, and has moved on to found looya.com, a customer value management company. Perhaps he was a bit ahead of his time. In 2014 an autonomous drone vehicle large enough to carry humans did not exist. Today, it does.

Of course there are still some hurdles to clear before such a system could be placed into widespread service. But it seems clear that the future of autonomous taxi service is in the air. Think about it. Piloting a drone through the air is a much easier problem for computers to solve than driving on the ground. No unpredictable human drivers. No people crossing at intersections. No obstacles to block visibility or radio transmission.

There’s going to be a huge push to develop the software, standards, and dedicated airspace for aerial conveyance systems. With this in mind, Paul Jazzar has decided to open source all the Bumblebee project material including sketches, 3d models and renderings. This material is now available for download on GitHub. We hope it helps inspire new vehicles and control systems for future transportation systems!

Yelena Prusakova was an illustrator at Fat Pencil Studio from 2013-2017.