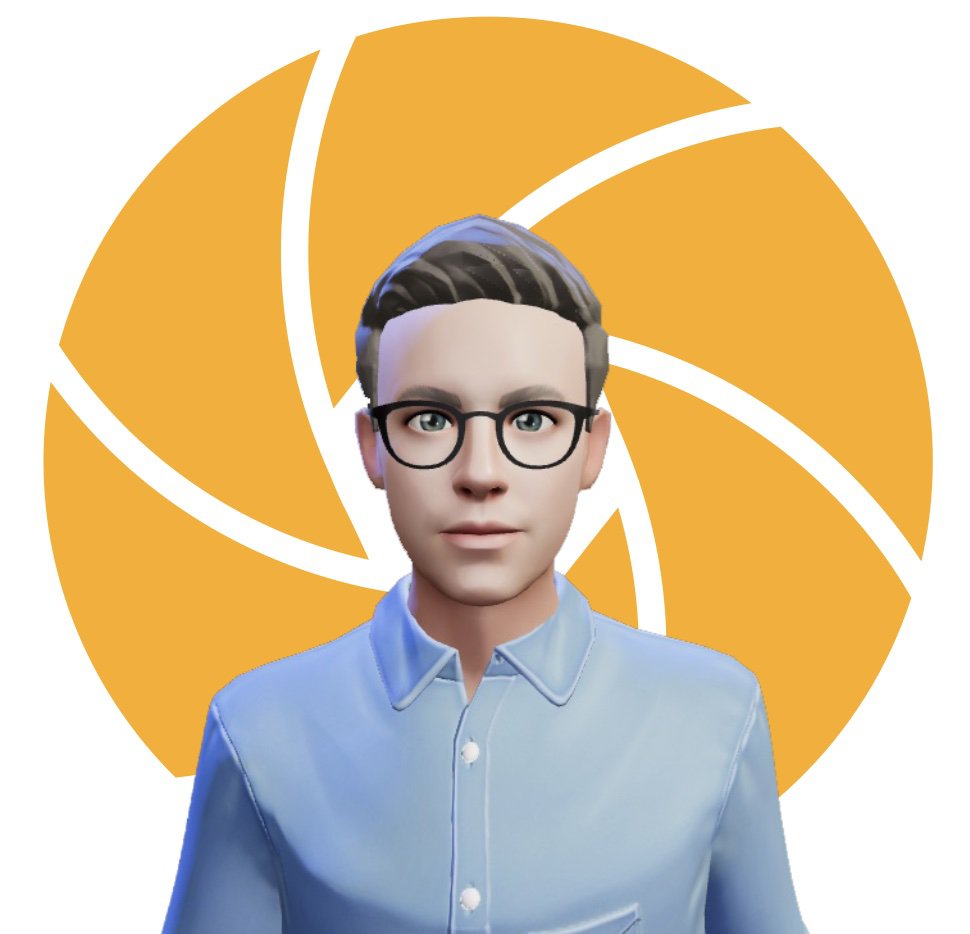 Of the multifaceted work we do at Fat Pencil Studio, a significant percentage is dedicated to some degree of 3-D rendering. We produce exhibits involving car crashes, shootings, stabbings, machine malfunction, construction accidents, and civil design, among others. Prominently featured in these cases are actual people, each unique in countenance, attire, agency, intention, movement, and memory. Our present method of modeling includes human figures that lack all of these nominal characteristics, reverted each to a stock form that can be comfortably maneuvered and recognized without distracting, by direct way of those traits, from the larger narrative, or averring awareness that is not held. These are the issues of uncanniness and verifiable evidence. 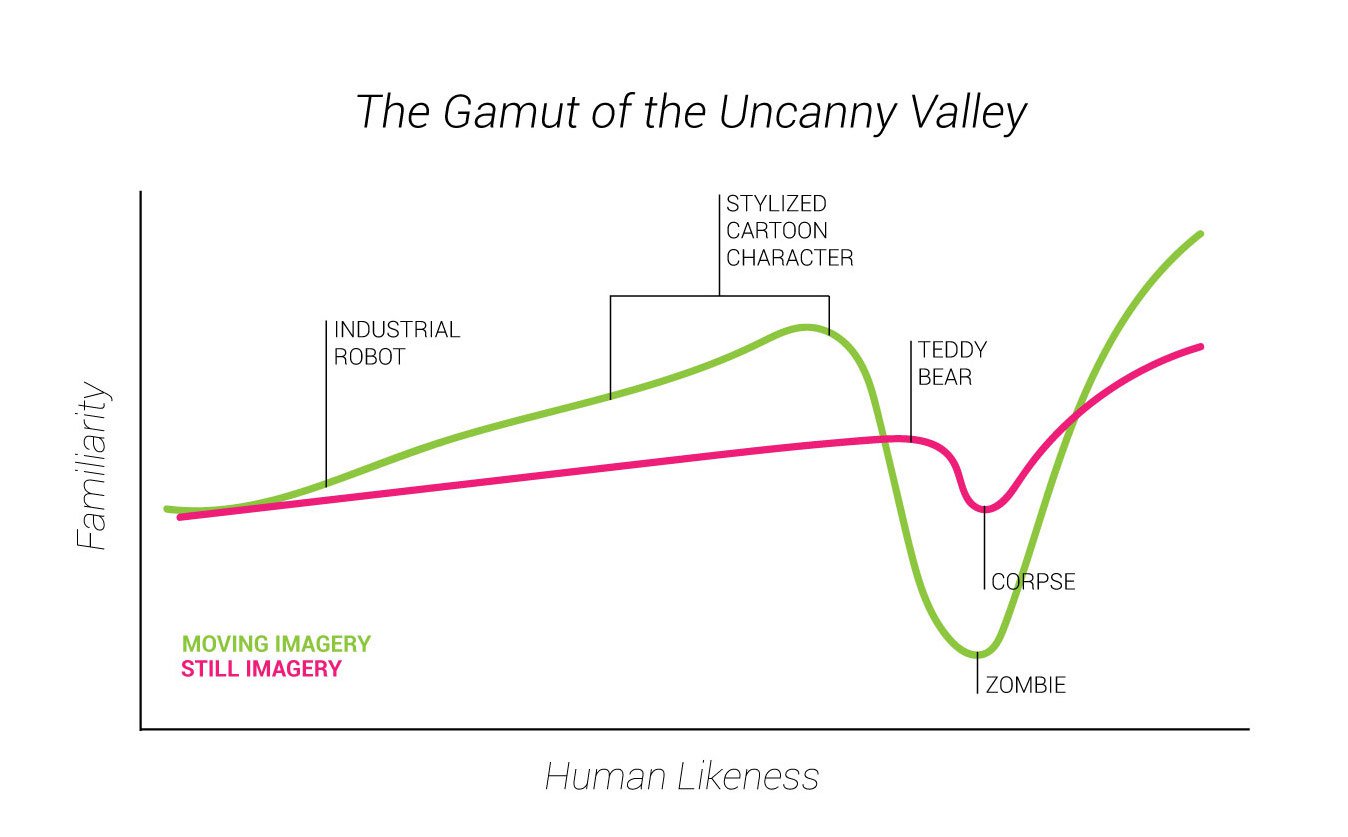 The closer visual simulacra come to reality—when, by virtue of extant technological limitation, the former cannot truly supersede the latter in absolute veracity—the more uncomfortable the viewer will be, likely due to an evolutionary biological precedent of discerning environmental awareness necessary for survival: the Unknown, the Other, is inherently unsettling. We occasionally receive requests from clients to more accurately depict a human figure in a 3-D model—such as precisely modifying their facial features—and this is one of the chief reasons we invariably decline. Another relates to the “animated” arrangement of a scene. When tasked with drafting 3-D models in order to illustrate context in a timeline of specified events, we deliver still images that each highlight a frozen moment along that sequence, allowing the mind when viewed in the intended succession to naturally fill in the gaps between the displayed pauses in motion. The particular orchestration of the figures therein is rooted in demonstrable sources, including photographs and videos, witness testimonies, police reports, medical data, and even contracted expert advice, but we are ultimately iterating on information outside of true reality; the final presentation of discrete movements can only ever be an assumption, if an educated and highly calculated assumption. 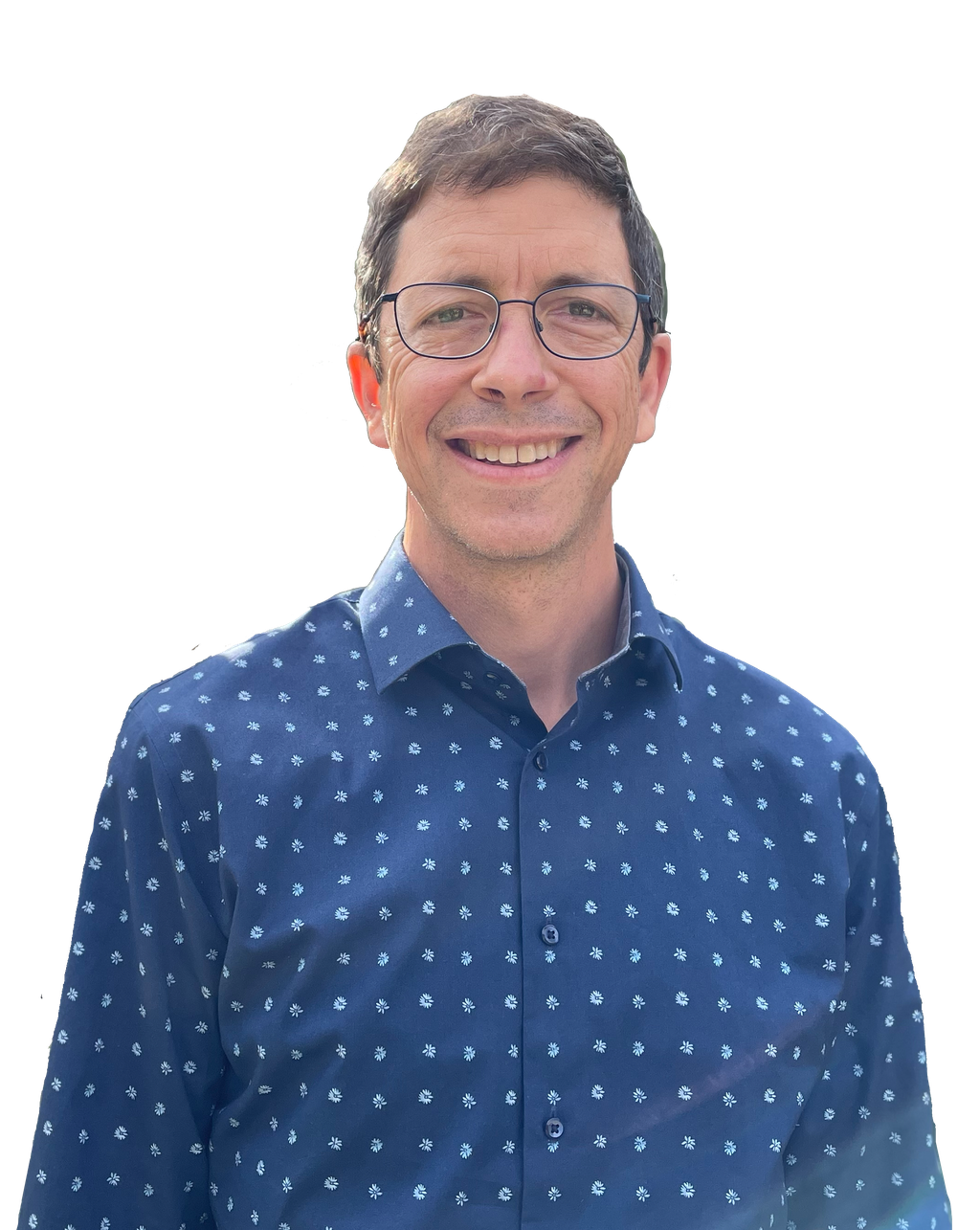 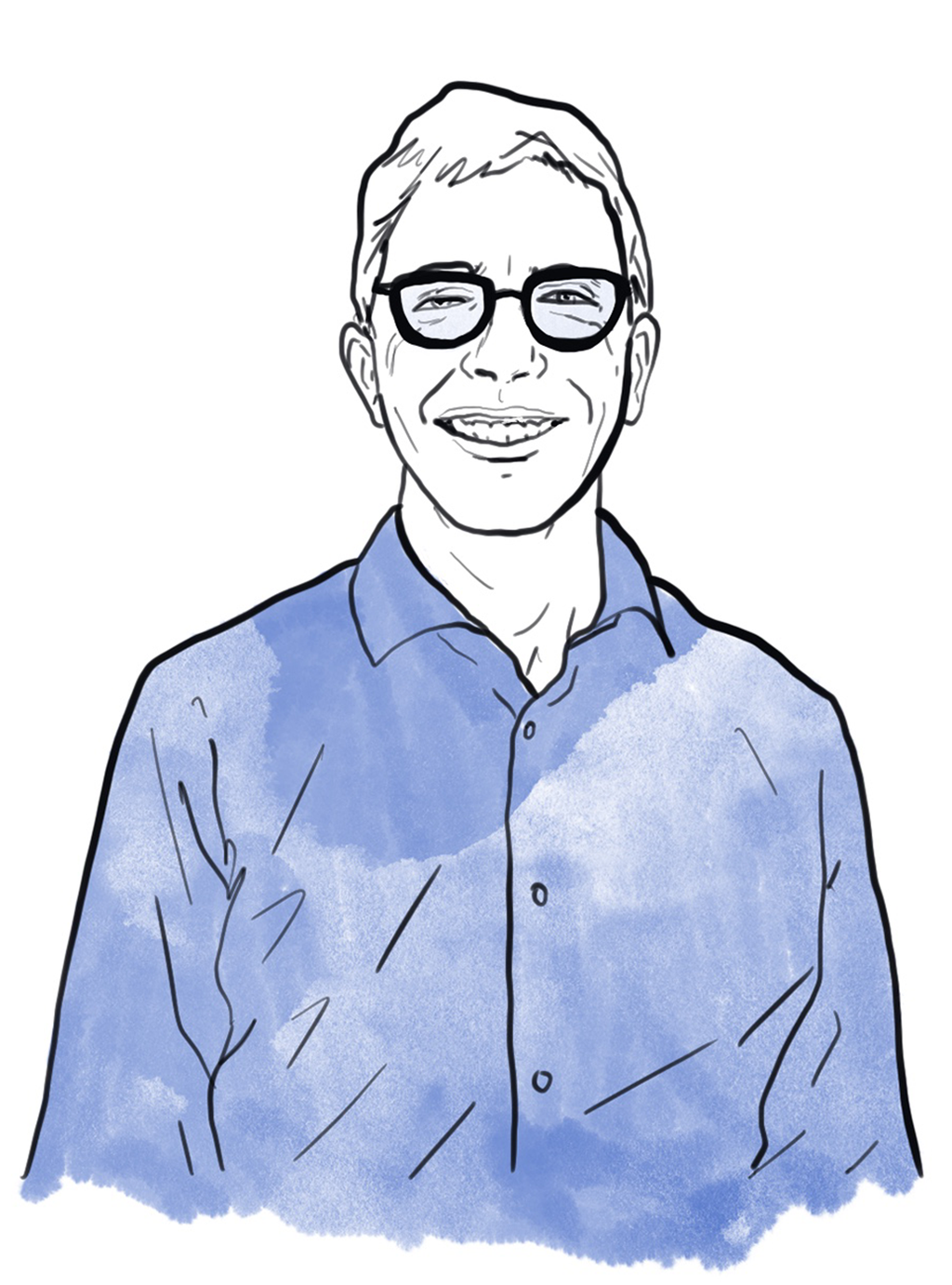 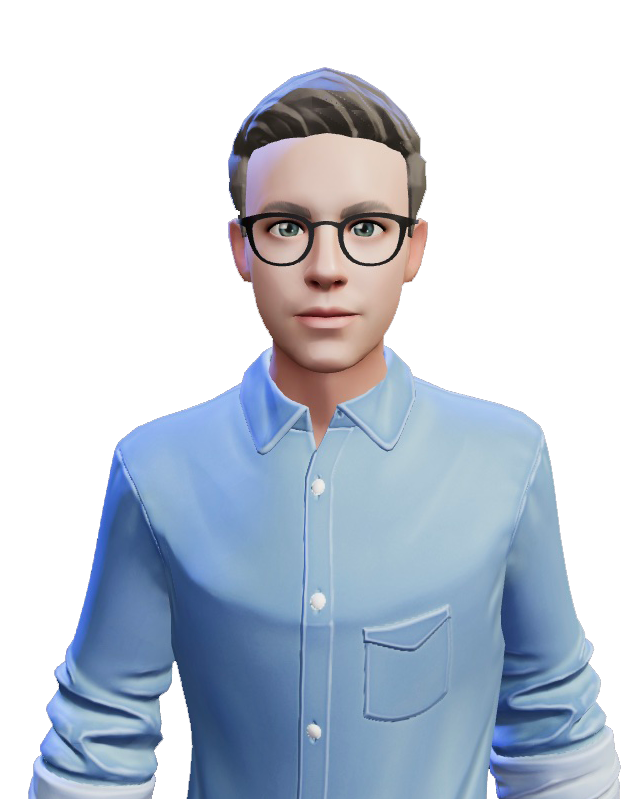 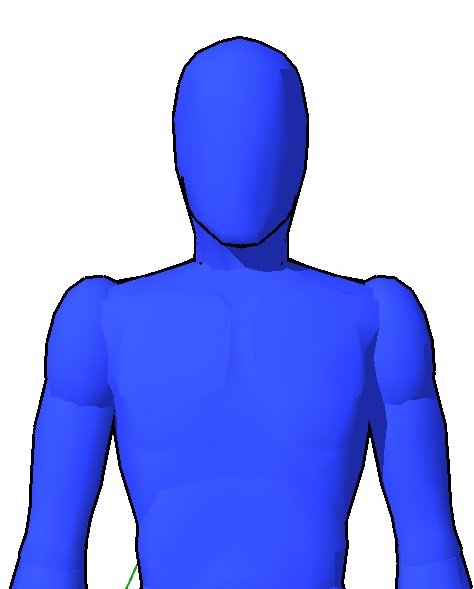 A photo, a digital illustration, a ReadyPlayerMe custom avatar, and a SketchUp human model walk in to a bar ... and the bartender won't serve the (underage) avatar.

These tableaus are meant to be progressive illustrations to be used as visual support of first-hand evidence, not as supplants of such. The ethical and practical dilemma then exists in trying to form fluid movements of human figures across both time and space. To position models with such precision in would be to claim a level of consummate proof in our work that is patently not feasible to accomplish, especially with the limited amount of data typically provided that solely furnishes the project’s form. So Fat Pencil simply supplies informed “snapshots” of the 3-D modeled scenes, and these fully serve in most cases. But what if we encounter a case for which there is definitive, first-hand evidence of precise movements?—what if the success of the case is contingent upon the jury fully divining the nuance and minutiae of this event? What if a case obligates explicit lighting from several sources?—fluidity in a car’s course of transit? Can this be accurately machined and exhibited through SketchUp? Should we not push ourselves as a studio to incorporate the best available tools for any given project? The question thus becomes: what are the best tools? 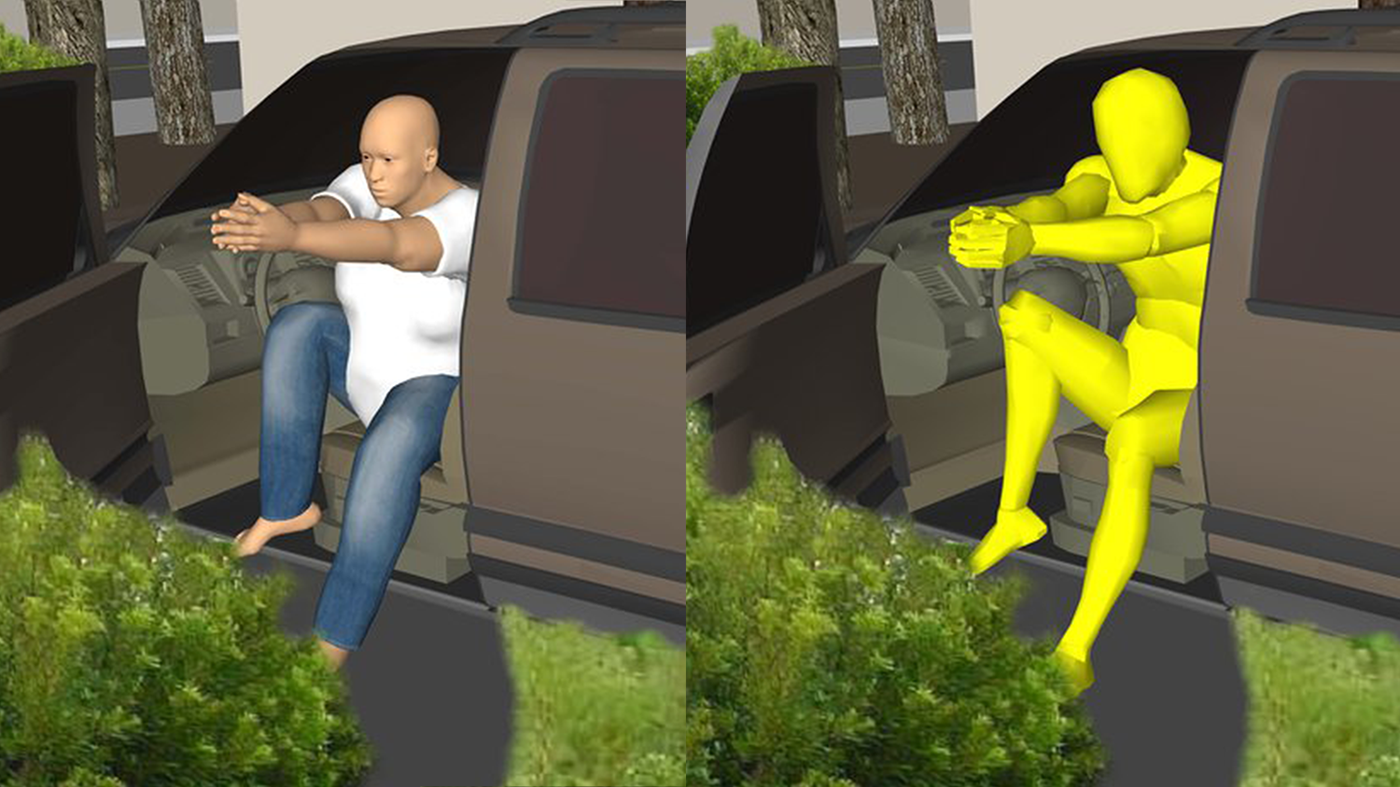 A human model made with Blender vs one made with SketchUp (credit to Jazzy Winston).

In the case of meeting client needs, the best tools may be the simplest. The cleanest. The least detailed, most accessible, and easiest to navigate. These attributes as applied to the vast majority of our projects succeed not only in efficacy but in ethical boundaries. To claim thorough precision in reconstruction would be to boast complete knowledge—something we just don’t own and can’t obtain. The function of the studio remains to tell others’ stories, not to fabricate or assume them: to translate for a wider audience as faithfully as possible the narrative as it is comprised and understood by experts, evidence, witnesses, and those involved. And “faithful” does not equivocate “elaborate.” If our current processes and programs can achieve for the court a clearer comprehension of a case, then we have met our goal.

None of this is to say that there are not cases where more refinement may be needed, but to seek out software or workflows that deviate from the accepted and accomplished standard solely to craft clothing on human figures or harness a more genuine grip on a gun would be an awkward use of resources and time. These accessories are not only distracting from the account at hand but supply it no benefit of persuasion.