Fat Pencil ventures beyond Portland for its latest bridge exploration. 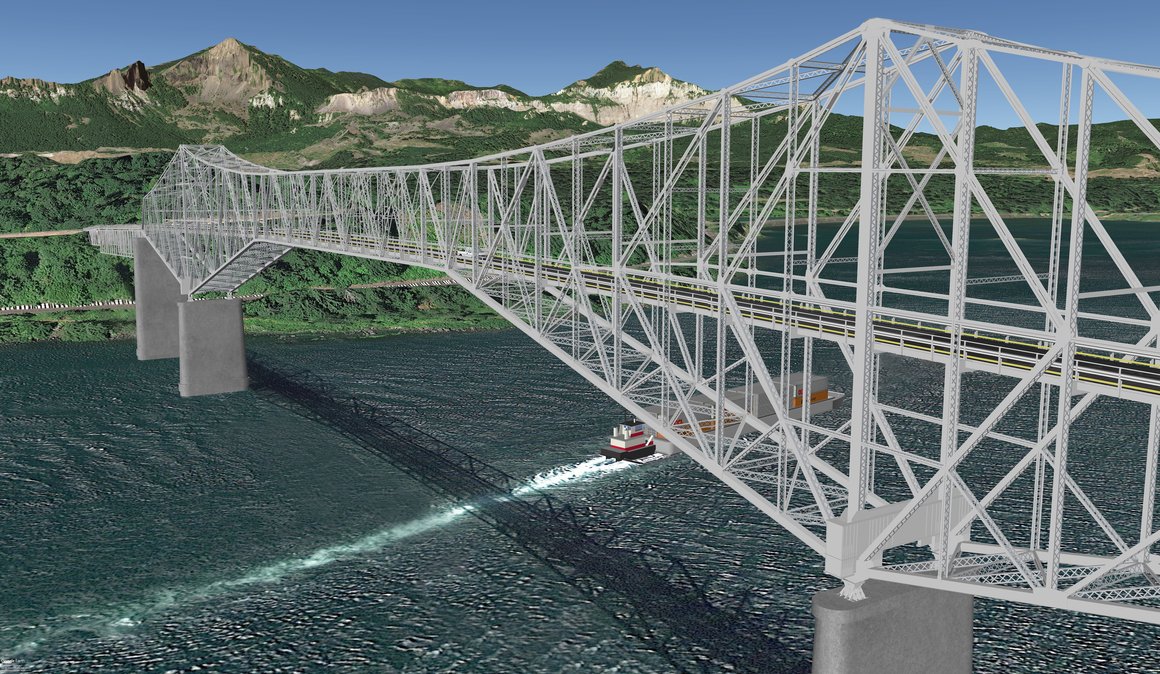 When I first started at Fat Pencil,* I was tasked with the now-traditional project of using SketchUp to 3d model one of our local bridges. Looking through the archives, I discovered that all twelve of the bridges spanning the Willamette had been explored by FPS staff at some point in as many years, so I set my sights further afield. As I considered the bridges I’d encountered outside of Portland proper, my thoughts turned to the Bridge of the Gods, which spans the Columbia River to connect Oregon and Washington.

*Devoted readers may have noted it’s been over six months… I blame some of the delay on getting caught up in billable projects, but I also definitely had to overcome a learning curve: more on that later in this post!

Part of what drew me to the Bridge of the Gods is its history. Centuries before the modern bridge was constructed, a land bridge existed in its place. The Bonneville Landslide (recently dated, using dendrochronology, to sometime between October 1446 and April 1447!) caused a huge section of Table Mountain to slide into the Columbia River, forming a nearly 250’-high dam that temporarily blocked the water’s flow. 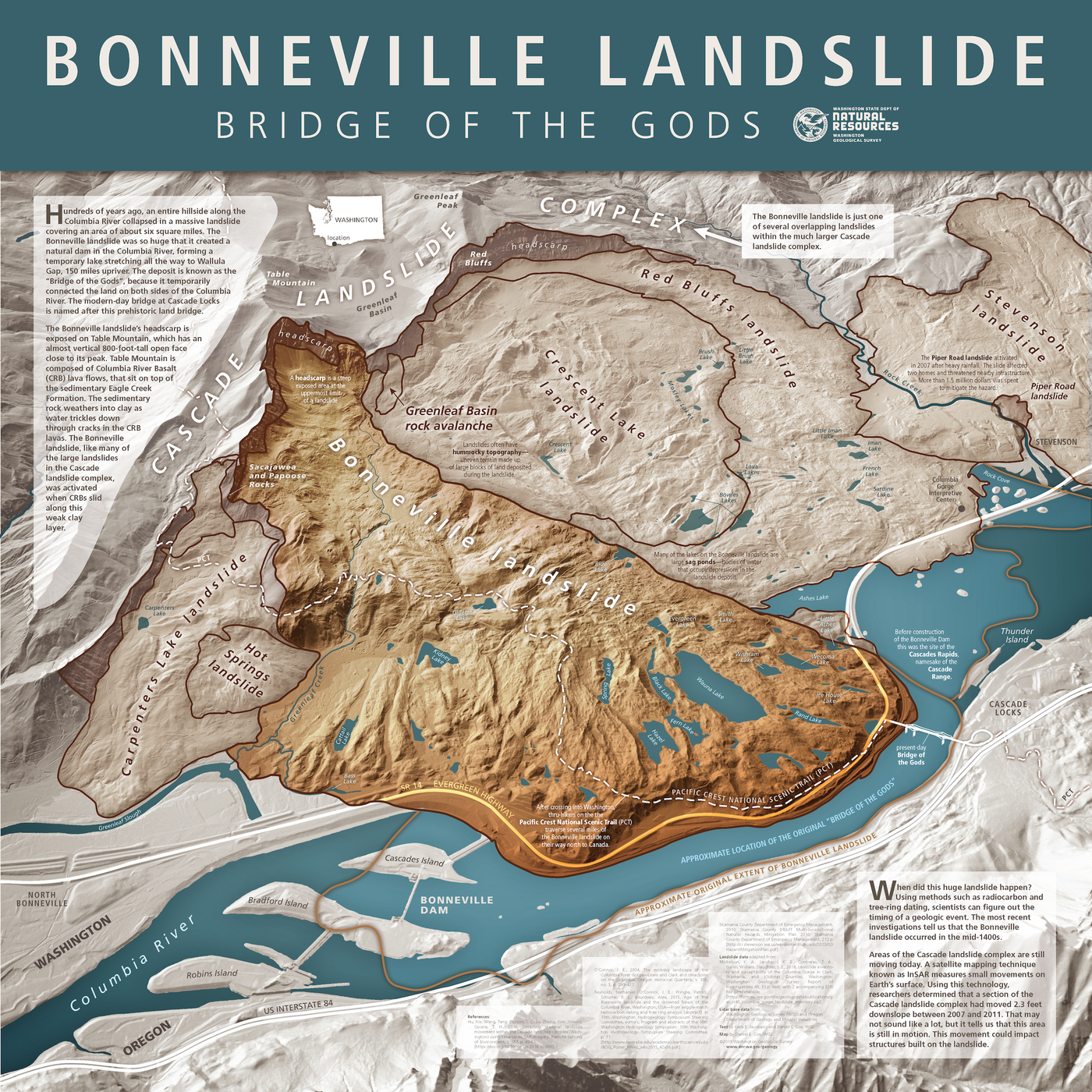 illustration of Bonneville Landslide, made by Daniel Coe for the Washington Geological Survey

The native tribes of the area – the Chinook, Klickitat, and Umatilla, among others – have multiple legends connected to the Bridge of the Gods. Every version I read was slightly different, but the Klickitat tale centers on how the Great Spirit took his two quarrelsome sons to the Columbia River and gave one the lands to the south, and the other the lands to the north. He then built a great bridge as a sign of peace, so that his sons’ people might visit one another. However, both sons fell in love with the same beautiful maiden, Loo-wit, and began to quarrel over her. They destroyed the land bridge in their battle (or, in some versions, the Great Spirit destroyed it, disgusted by their failure to maintain harmony). He then punished them, turning one son into Mount Hood, the other into Mount Adams, and Loo-wit into Mount St. Helens. I love how this story further explains the occasional eruptions of those volcanoes - it's those belligerent brothers at it again. 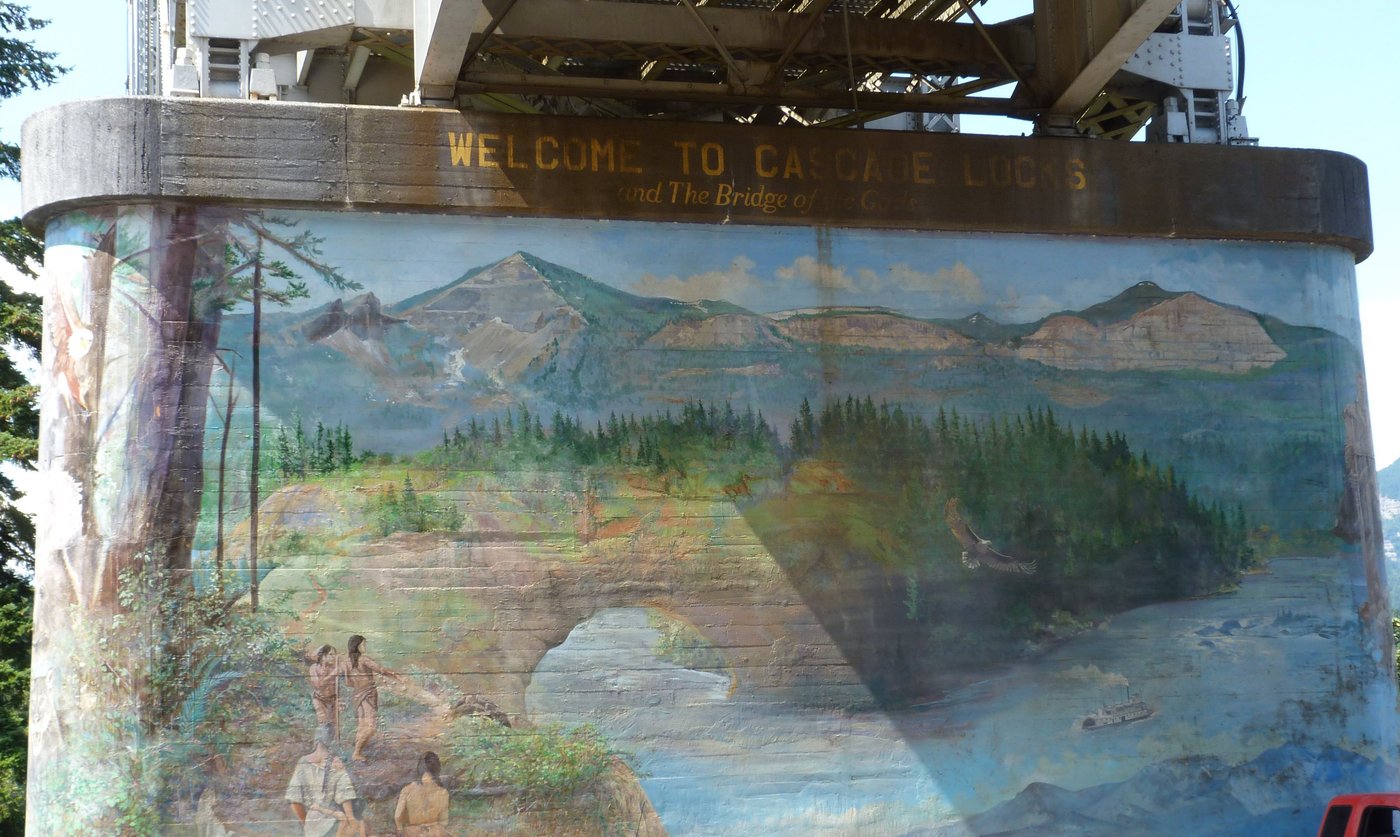 It’s unclear exactly when the land bridge collapsed, but by the time Lewis and Clark came along in 1805, they had to contend with the treacherous Cascade Rapids (called "the Great Shute" in Clark's account). In 1896, the Cascade Locks and Canal was completed, allowing steamboats to bypass the rapids as they traveled up and down the Columbia.

Finally, in 1920, the U.S. War Department issued a construction permit for a bridge to be built connecting Cascade Locks, Oregon and Stevenson, Washington. In the five years that followed, the company hired – the Interstate Construction Corporation – only managed to construct one pier. Wauna Toll Bridge Company then purchased Interstate's interest in the bridge and completed the remainder of construction in October of 1926. There's even a delightful silent documentary film clip about the bridge's construction, released in 1928.

Changing with the Times

Following the construction of the Bonneville Dam in 1938, the Bridge of the Gods had to be raised 44’ to accommodate the rise in water level. This required one of the largest hydraulic jacking projects of its time, and was completed in 1940.

In February of 1953, the Columbia River Bridge Company acquired and operated the bridge, until the Port of Cascade Locks Commission took it over in 1961. In April 1966, the Commission authorized an update to the bridge, replacing the old wood deck with steel grating over the course of twelve nights and making the whole roadway slightly narrower. The toll booth was also moved from on the bridge to the new end of the Portland side.

The final bridge is 35’ wide, 1858’ long, and approximately 140’ above the water. The clearance height for vehicles is 14’6”. Since there are no separate pedestrian or bike lanes, the speed limit is 15 mph, to make the crossing less harrowing for hikers and cyclists.

There tend to be many of the former, since the Bridge of the Gods is part of the Pacific Crest Trail. This National Scenic Trail spans the West Coast from the Mexican border to the Canadian border, and the bridge is the only route for PCT hikers wishing to cross the Columbia.

I crossed the bridge both in a car and on foot when I was scoping it out, and it is definitely a bit intimidating to be walking on the metal grating right alongside the cars. I was glad to hear that Port of Cascade Locks, in partnership with the Pacific Crest Trail Association, is in the process of advocating for a pedestrian/cyclist/equestrian cantilever lane to attach to the bridge to allow for a safer crossing experience for all!

The walk across the bridge was far from the trickiest part of the process, however. All my previous 3d modeling experience involved designing sets for film and theatre - sets that would be physically constructed by humans (or occasionally, cut out partially by robots), so the task of modeling a huge structure by eye was a challenge. I was used to considering dimensions and standard material sizes, so it took me some time to get over the hurdle of wanting all my measurements to be both precise and accurate. The goal of this project is not just to become comfortable with the 3d modeling capabilities of SketchUp, but to learn how to be efficient in creating a plausible model with limited information. Early on, I spent far too much time second-guessing measurements, when nobody would ever see the specific numbers.

In our 3d modeling work at Fat Pencil, we sometimes get measurements from site surveys or laser scans, but more often are relying on a combination of photos and/or videos to figure out proportions and relationships. Though we seek out dimensions when it is important for a model to be accurate to the inch, many models are focused on providing context and spatial understanding, and we serve our clients best by employing our "fat pencil" approach rather than getting caught up in irrelevant details. Modeling the Bridge of the Gods definitely taught me that distinction, as I had to unlearn some of my tendencies towards obsessing over accuracy and instead focus on the big picture.

The other major challenge was the large number of different styles and sizes of trusses and beams. Beyond exploring the possibilities of applying textures instead of clogging the model up with too much geometry, I had to figure out how to whittle the variety of shapes down to a manageable amount, and then balance the ease of using components with the need to keep textures looking correct when stretched.

The last major learning curve was how to organize the model. My instinct was to name not only every component but every group, and track all the objects in the Outliner - akin to how I would organize a Photoshop or Procreate file. It was only through experience and advice from colleagues (both in the studio and at the SketchUp 3D Basecamp conference) that I refined my SketchUp process to use my Tag and Component toolbars extensively but not really worry about the Outliner.

I learned a ton during this process, both about the history of this landmark and about working in SketchUp. I created a vast number of components and used many extensions - thomthom's Selection Tools and Solid Inspector, TIG's Mirror, and SketchPlus's Mirror+ all proved essential, as did Fredo's Lord of the Toolbars. I also discovered a lack of existing backpacker figures in the 3d Warehouse, so I took the opportunity to craft my first custom Face-Me figure - Reese Witherspoon as Cheryl Strayed in Wild, complete with enormous frame backpack.

Since I'd chosen a bridge outside the Portland metro area, I couldn't use Fat Pencil's excellent 3d model of the city for context. Instead, I got to play around with dropping my own model into Google Earth and exporting images from there, as well as grabbing backgrounds from Google Earth and compositing them with my exports from SketchUp. I look forward to using this model in the future to play around with more rendering tools and possibilities. 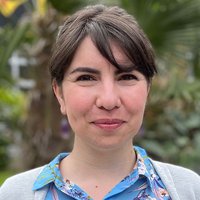 Alexandra Friedman is a Designer at Fat Pencil Studio