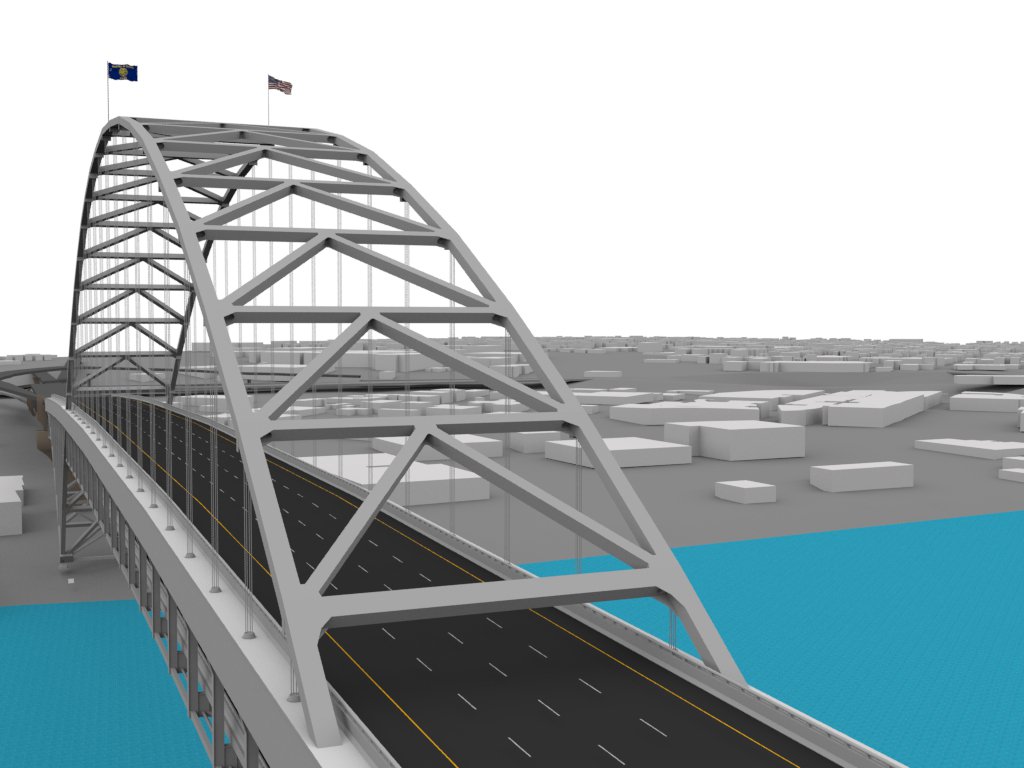 Today would be John Charles Frémont’s two-hundred-and-ninth birthday. The namesake of the nearly-forty-nine-year-old construct nestled between the St Johns and Broadway bridges and the Pearl and Boise districts, Frémont was one of the original American cartographers, a dreamer and designer whose sociopolitical advantages afforded only slightly less success personally than his surveying career did historically. He personally helped to map the West, and led an expedition along the Columbia River—the Oregon Trail—that engendered the eventual conquest and modern settlement of those coastal states. Proceeding that eminent endeavor, he became one of California’s first two state senators, and even ran for president in 1856, garnering a not-insubstantial number of supporters: despite losing the race, Frémont made prodigious, unprecedented strides in uniting the North and West against the South. The explorative, expansive, expressive ideals the man embodied are extant in Portland’s own Fremont Bridge, a suiting structure to bear his surname: free mount, by which one rides from the East to the West and back again. 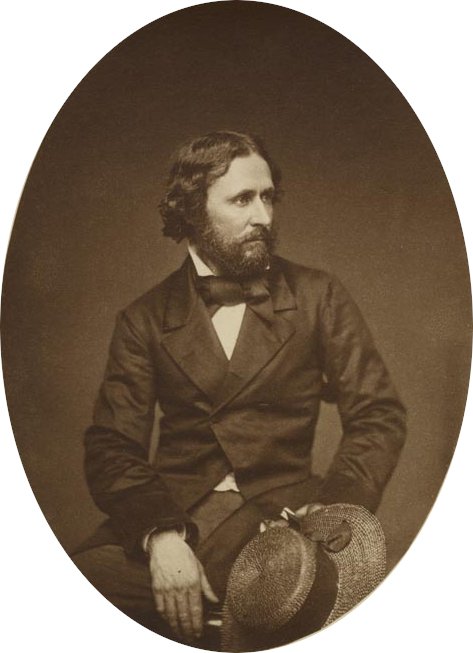 [A] suiting structure to bear his surname: free mount, by which one rides from the East to the West and back again. 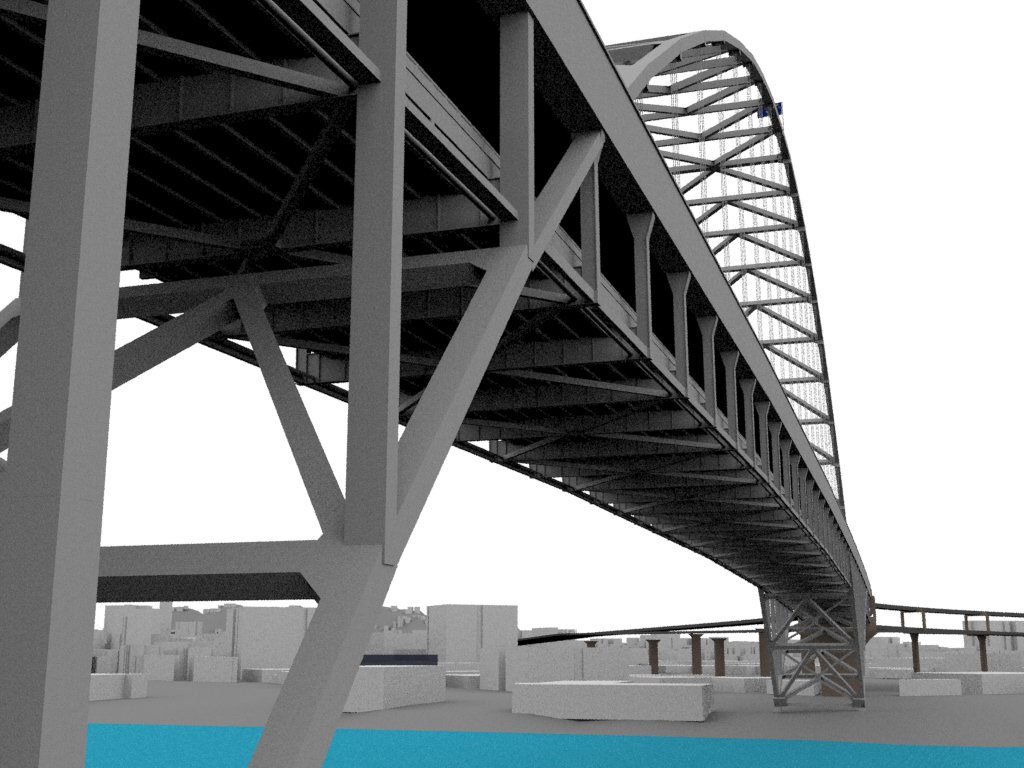 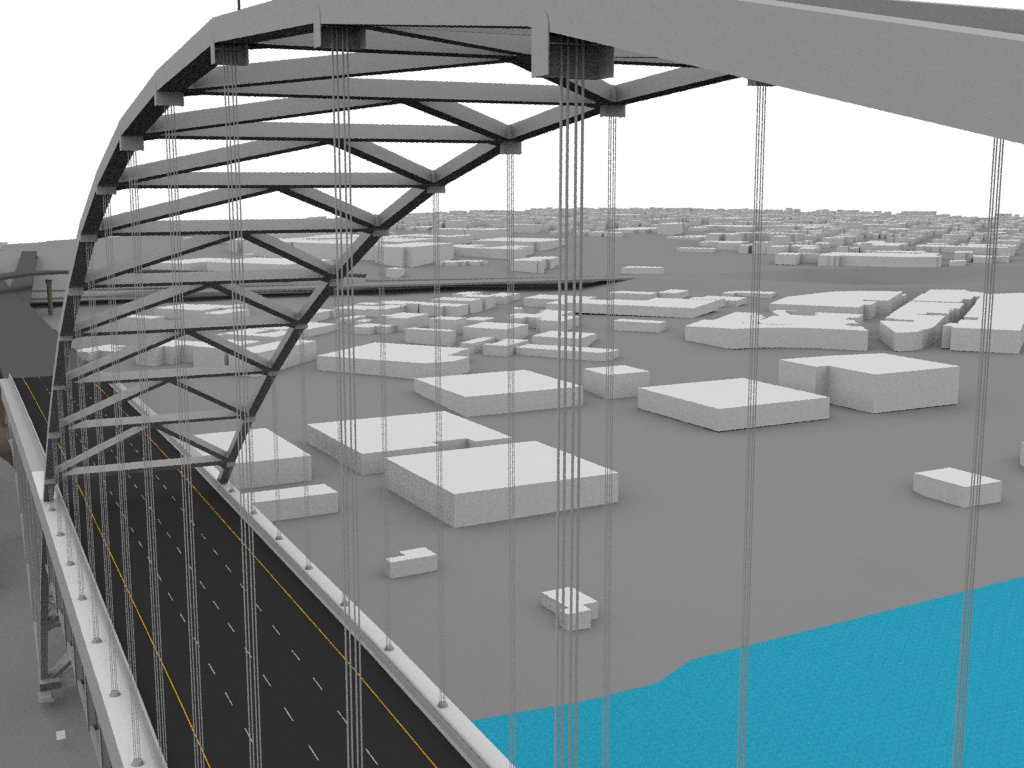 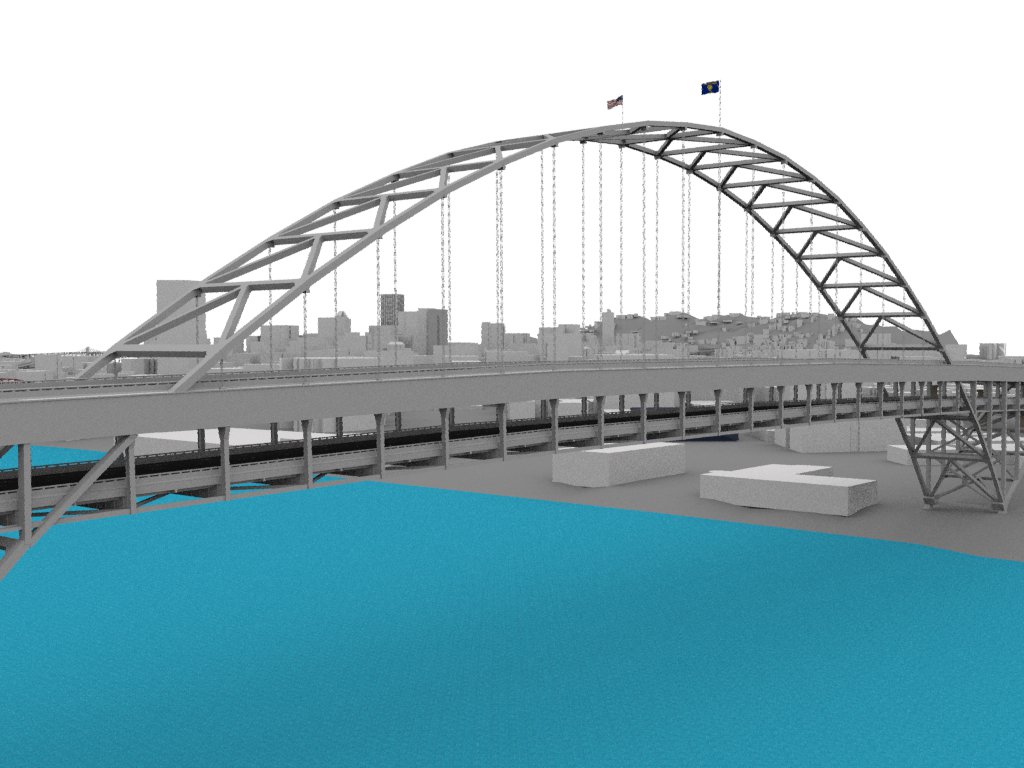 A CITY'S IDENTITY THROUGH BRIDGES

Capping off the open-circuit egg that shifts traffic about the heart of Portland, the Fremont Bridge perfectly hugs the river with a center span of 1,255 feet, totaling 2,159—the second-longest steel tied-arch bridge in the world, the longest in the States. Standing 381 feet the peak of its arch from the water (absent rain surges), it was the Post-Modernist reaction by the Portland Art Commission to the Modernist device of the Marquam Bridge on the opposite, southern end of the downtown circuit, which the same collective had so vehemently encountered that they actively protested its aesthetics. While in actuality more architecturally modern, the Fremont is what organically occurs when a city initially predicates form upon function only to realize the cultural implications of such bare civil styling; it’s what happens when the routine of a route is distilled through the lens of the social and the sensible.

The Fremont was designed by multinational engineering firm WSP USA: Parsons, Brinckherhof, Quade, and Douglas. The upper tier hosts traffic traveling west, while the lower fields traffic toward the east, rendering the bridge an integral piece of Interstate 405. Opened to the driving public on 15 November, 1973, the bridge otherwise strictly remains a thoroughfare for busses and automobiles but—as the city allowed three days preceding its inaugural automobile run—it is on annual occasions rendered passable for pedestrians, whereby traffic is halted and events such as the Winter Fun Run transpire, taking advantage of the rare freedom of route.

Some, however, have taken their personal sense of freedom, with respect to travel, rather far: street racing on the Fremont has been an ongoing occurrence, much to the frustration of law enforcement. While I have not partaken and do not encourage the venture, I imagine that the scene is a beautiful one, especially when the stars are out, the otherwise steady traffic is absent, and the looming, languid arch of white triangles is advancing over your windows in a blur of moonlit architectural strength. 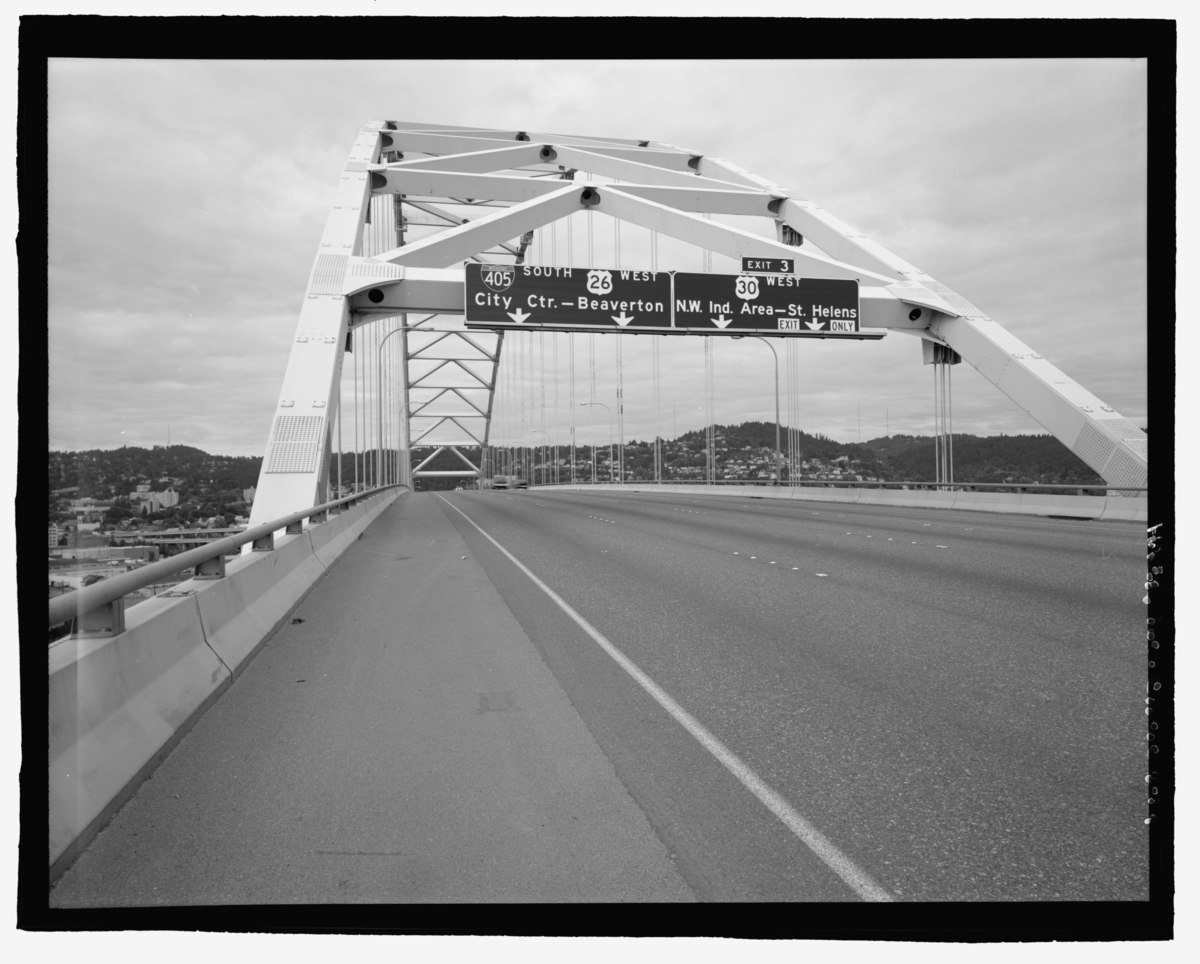 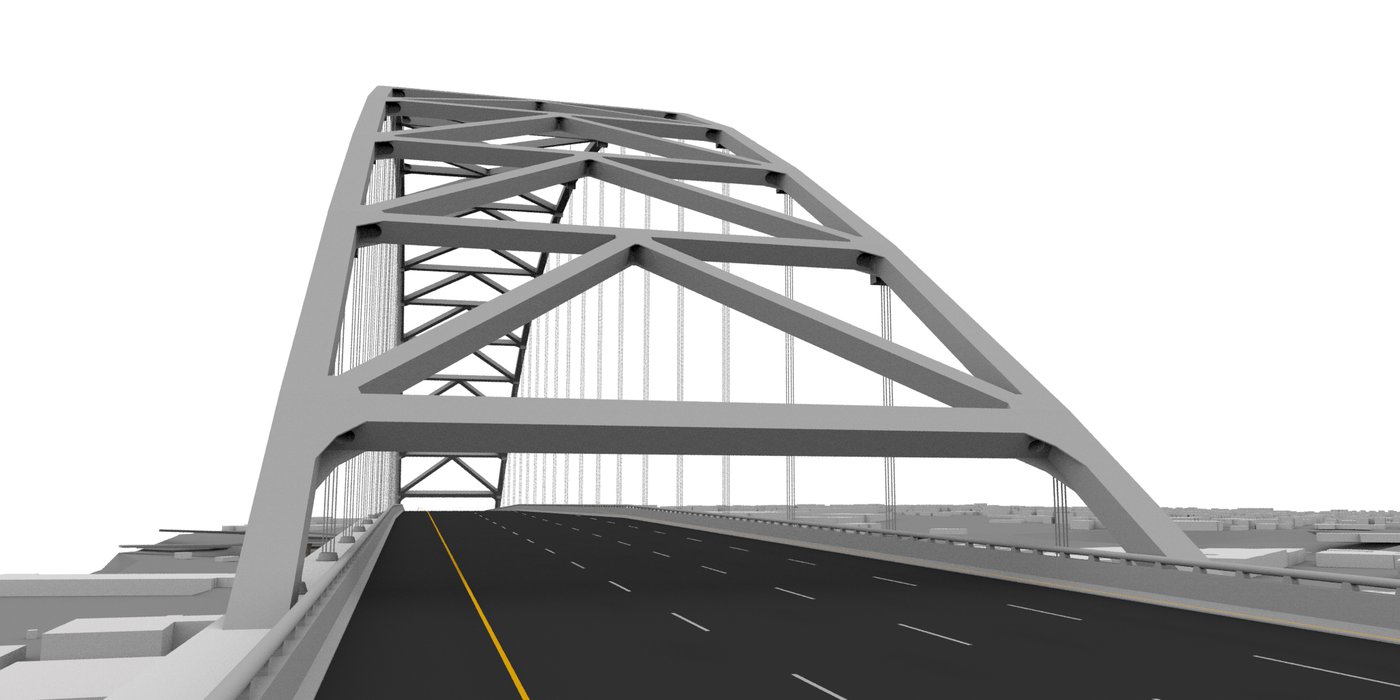 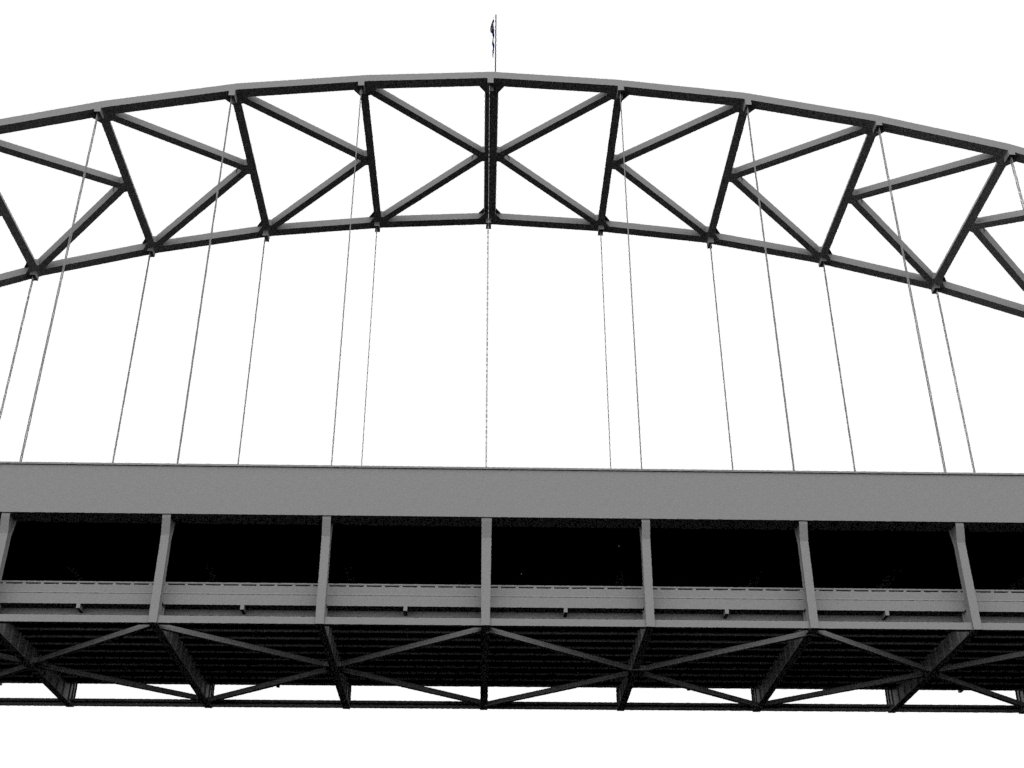 Even its design and construction processes were remarkable. 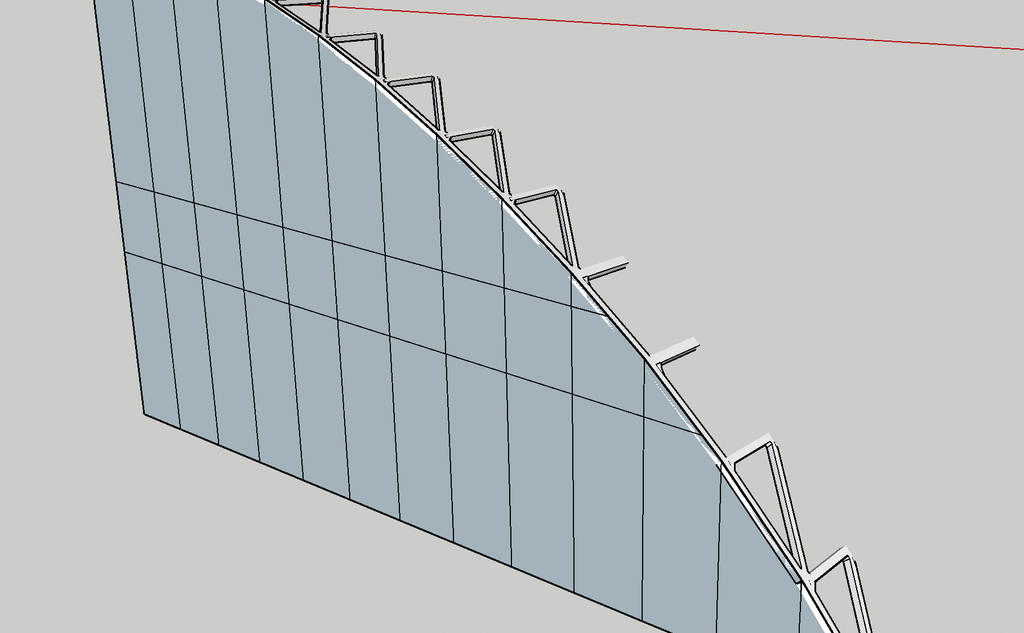 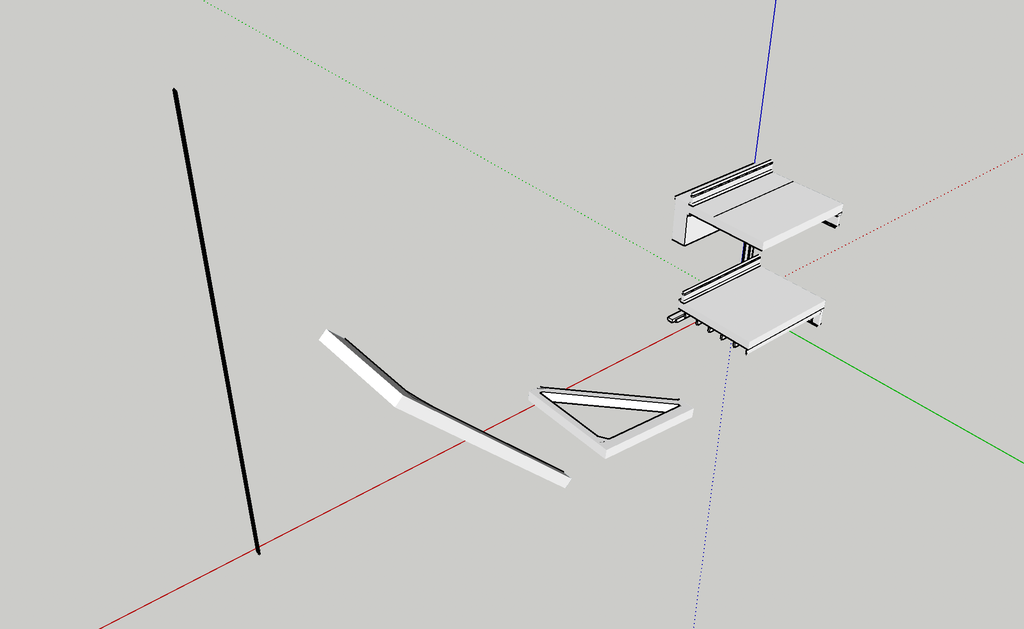 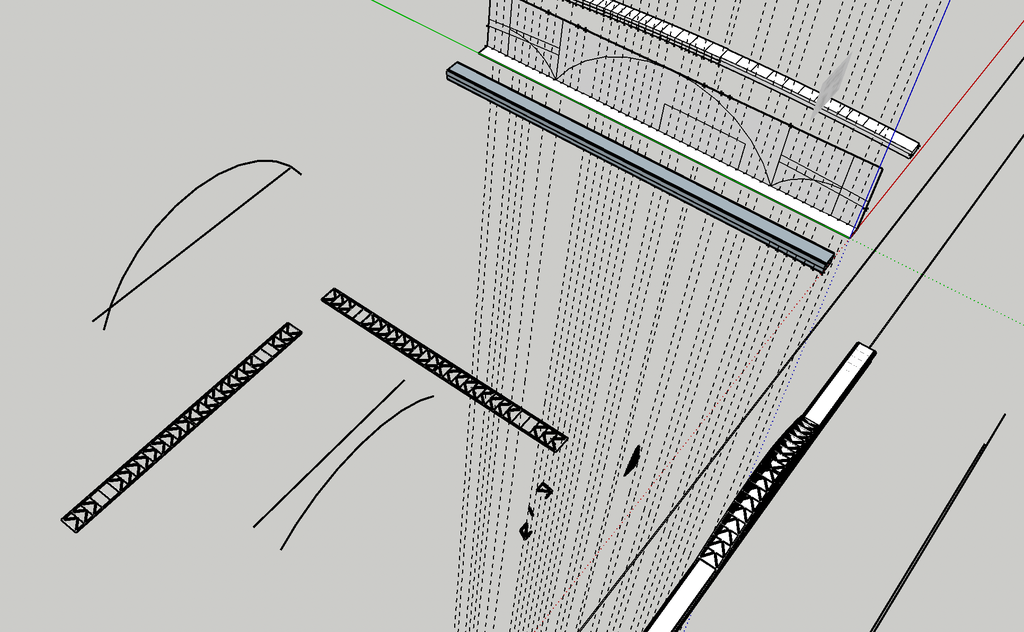 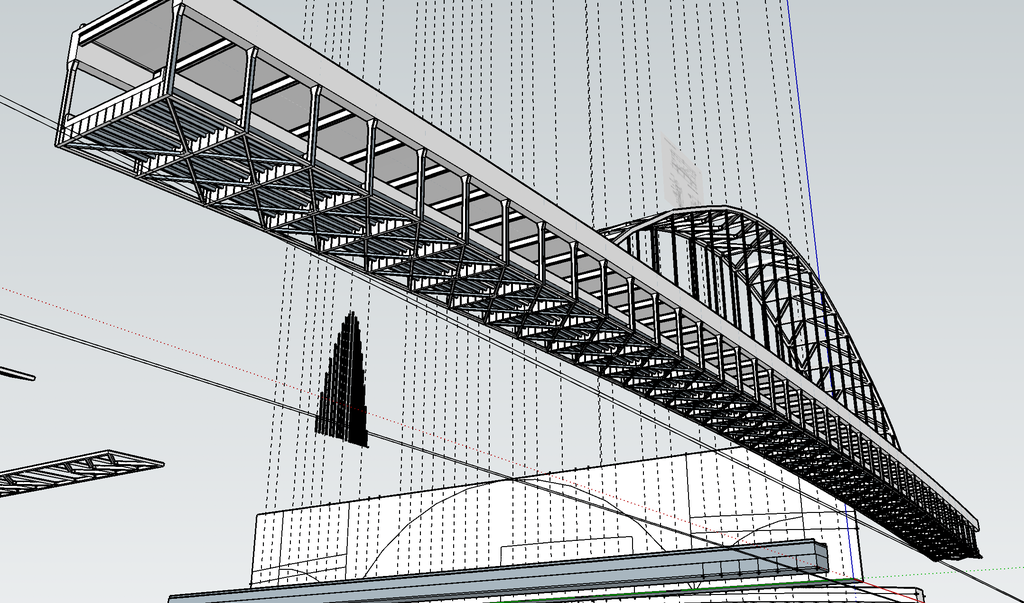 For such an ostensibly simple—if graceful—design, the 3-D modeling of the bridge proved a challenging task. Typically, to actualize a many-iterated sequence of a design from a single component in SketchUp, it might be easiest to use the Profile Builder extension or the Follow Me tool, which each allow nuanced methods of cloning or extruding the original structure or motif along a set path or framework. Given the subtlety in curves of the roadways themselves so well as the main arch and its adjunctive arms, I was unable to find success with either of these devices, as the breaks between components became increasingly stilted along their paths. I tried the Shape Bender and Curve Aloft extensions as well, but neither could appropriately progress along the correct track and continually seemed to stretch the roadways and twist the arch. (In the future, for a less necessarily dimensionally precise project, I could see Shape Bender being an incredibly effective and fun instrument with which to experiment.)

Ultimately, I assembled a small section of the roadways—that space between the end of one girder and the beginning of the next—mirrored each laterally to meet at the central line of the bridge, and fit each in turn along calculated segments of their longitudinal curve, drawn from analysis of numerous photos of the Fremont. Similarly, for the arch, I built one half of each triangular unit and mirrored them laterally, then placed them along a drawn arc from the ground up—literally and figuratively. The cables connect through the horizontal bars of the triangles and are channeled from harnesses at the small openings on the underside each end to the girders arranged at equal intervals between the upper and lower decks, to meet again beneath the latter—effectively forming a trail of thick metal wires that demonstrates the remarkable displays and feats of elegant pattern in engineering. Aligning these pieces of the trail proved a notable task as well, especially given the masked complexity of the various bows of the bridge.

The process required half a dozen iterations, and served to inform my understanding of the program itself so well as my appreciation for architectural design and implementation, especially given a somewhat removed background in painting and computer science. Were I to expand on this build, I would integrate minute details of the more subtle engineering components that afford this bridge its architectural and artistic integrity against the skyline of Portland, Oregon. 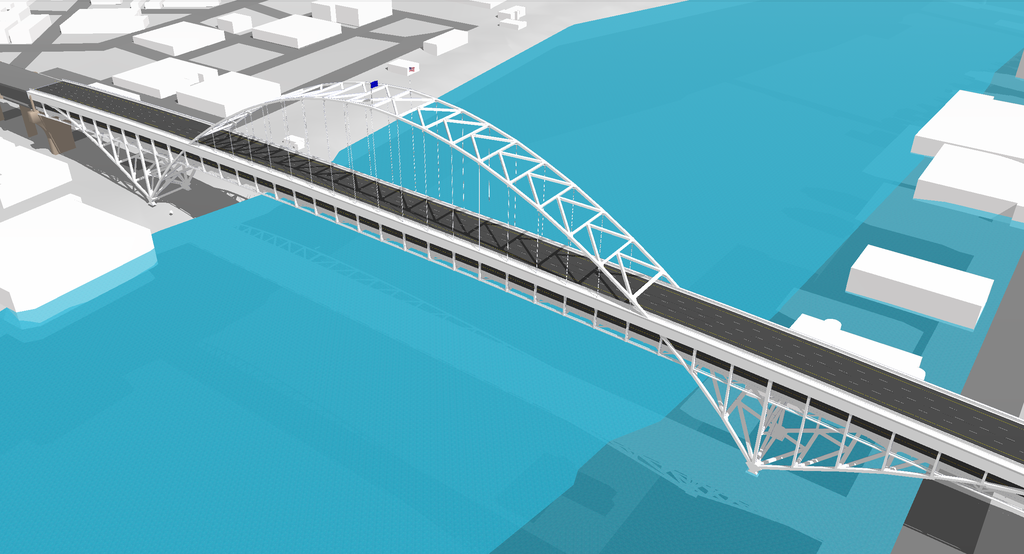 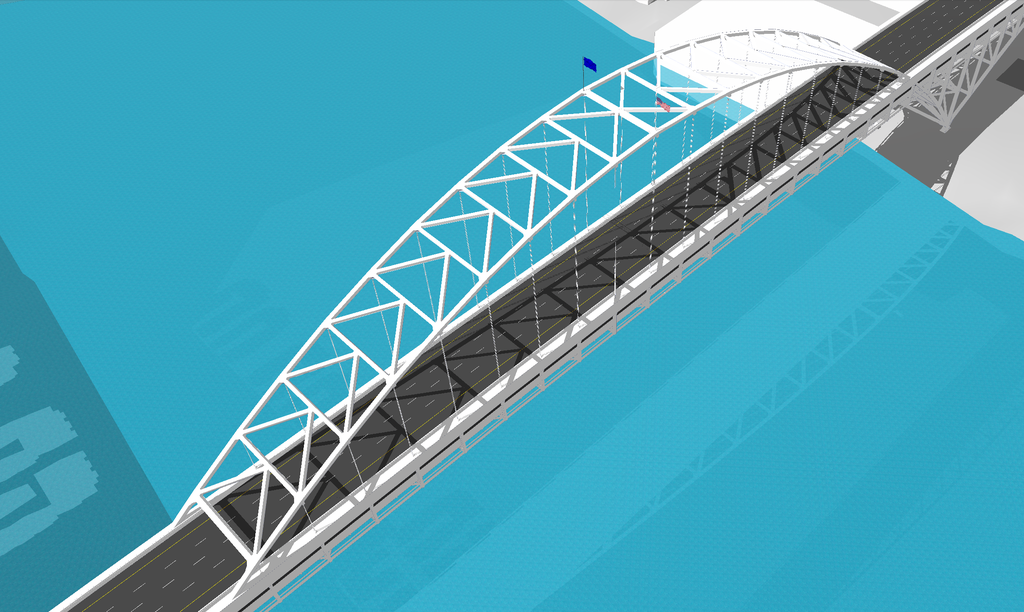 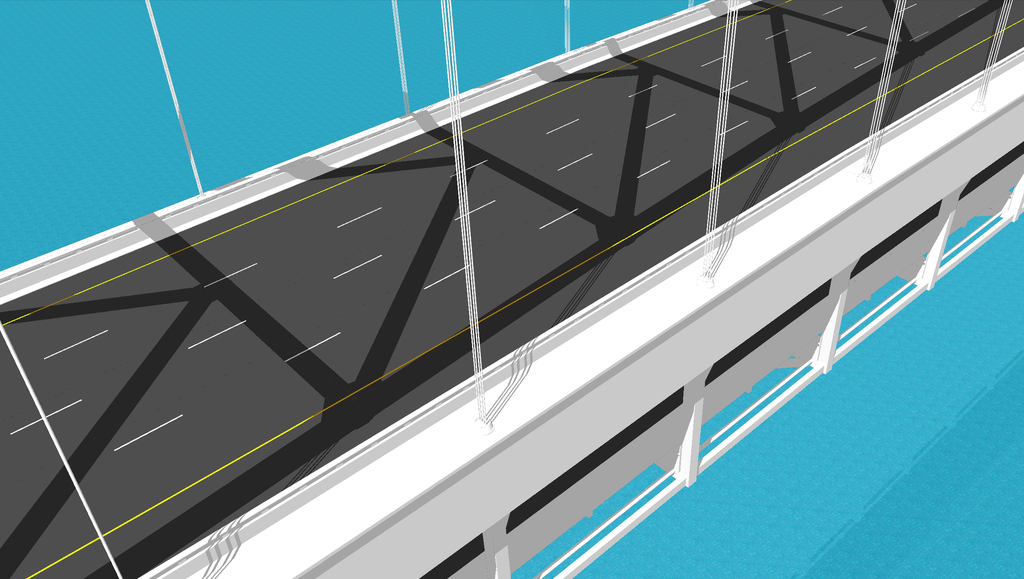