How to think about witness statements that don't match up with video footage of the same event.

If you’re a fan of basketball, American football, or The Beautiful Game (a.k.a. Soccer in the USA), then you probably are spending a lot of time watching replays. We’ve come to expect it after a controversial call: video footage played over and over while second guessing the referee. It’s not unusual for the last 2 minutes of a close game to become a 20 minute affair as officials scrutinize multiple camera angles to decide if a call should be overturned.

But video footage is not perfect. Even in a well-lit arena with multiple high-quality cameras focused on the game, the perspective, timing, field of view and clarity available with instant replay does not always give the conclusive evidence needed to overturn the first-hand impression of a trained official who made the call.

In my day job, I spend a lot of time looking at videos related to civil rights and criminal cases. Any temptation to think of myself as a “referee” in such cases falls away quickly when confronted with the grave nature of the outcomes. These cases involve serious injury or death– calls that cannot be reversed. However, there are still important issues to consider regarding the reliability of video evidence compared with the statements of first-hand witnesses.

This week I attended the iNPUT-Ace Video Evidence symposium, and watched Dr. Paul L. Taylor present on the impact of allowing police officers to view video of a use-of-force incident prior to giving a statement. As a human factors expert, Paul understands that memory does not function like a video clip that can be played back exactly as recorded. Instead, he describes memory like this:

Human memory is a highly complex, interconnected network of impressions. It quickly becomes impossible to separate actual events and cues that were observed during the event from later inputs.

In other words, a memory constructed following an event incorporates multiple factors beyond the initial impression of what happened, such as:

…and all this contamination happens before viewing video of an event.

In my hometown of Portland, Oregon the issue of “pre-review” of video evidence before writing reports or giving statements is a hot topic in negotiations between the police union and the City who are preparing to implement a body-worn camera policy for police officers. Unlike most large police agencies, Portland officers do not currently have body-cams.

In the case of police use-of-force incidents, the best practice is to have involved officers give a statement as soon as possible after the event (after allowing some time to recover from fatigue and/or shock). Paul Taylor’s research indicates that neither the officer, nor the investigator (who might ask leading questions) should view video footage of the event before conducting the interview. The officer’s statement will probably not align exactly with the objective facts of the case. But if the memory is collected with as little contamination as possible, it’s the closest we can get to understanding an officer’s decision making process.

In controversial police use-of-force cases, critics may point to inconsistencies between sworn statements and video footage as evidence that a story has been fabricated to protect the officers involved. Perhaps this is true in a small minority of cases. However, a more likely reason for these inconsistencies is that memory simply doesn’t work the same way as a video recorder.

Expecting police officers to have perfect recall of a use-of-force event is even more unreasonable that expecting sports referees to call a perfect game. But the initial call is still an important part of the decision making process. An officer’s statement is a unique (if imperfect) piece of evidence that should be weighed in conjunction with the (also imperfect) video footage and other evidence in order to make a final judgement in a case. 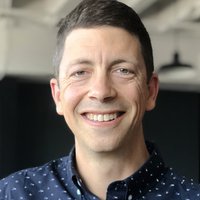