3d visualization and photogrammetry helps persuade jury that bus manufacturer is liable for "accidental" death of a bicyclist.

When a person dies in a motor vehicle collision, it can be a challenge to figure out who was at fault. One of the key witnesses (the victim) is dead, and those that remain at the scene can be traumatized or biased. In an ideal world, investigators would have the time and resources to identify all possible witnesses, as well as consider the role of street and vehicle design for every crash. Unfortunately, it’s very common for these investigations to reach conclusions based only on physical evidence left at the scene and limited witness interviews. This leaves the families of crash victims with a difficult choice: accept the (often flawed) conclusions of a police investigation, or file a lawsuit.

On the morning of April 17, 2017, Dr. Kayvan Khiabani, a prominent expert in reconstructive hand surgery, was riding his bicycle southbound on Pavilion Center Drive near the Red Rock Casino Resort. A Motor Coach industries (MCI) tour bus, also traveling southbound, passed him near the intersection with Griffith Peak Drive. For reasons unknown, Dr. Khiabani hit the side of the bus, fell to the ground and impacted the rear tire. He was transported to the hospital but did not survive his injuries— blunt force trauma to the head and chest. A nearby security camera captured the bus traveling though the intersection, but the position of the bicyclist is obscured by trees in the foreground.

Las Vegas Police interviewed the bus driver and two passengers who claimed that the bicycle swerved into the bus. The death was ruled ‘accidental’ and police found Dr. Khiabani at fault for failing to stay in the bike lane. Defense attorneys for MCI adopted this view, and argued that the bus met all federal safety standards.Plaintiff’s attorneys pointed out that the bus driver did not make way for the bicycle. That is, the bus did not move to an available adjacent lane or otherwise provide three feet of passing clearance as required by Nevada law. They also argued that the bus design and lack of safety features should share the blame. Specifically they alleged:

Fat Pencil Studio was hired by Plaintiff’s attorney Kemp Jones & Coulthard to create an accurate digital 3d model of the scene, use photogrammetry to trace the path of the bus through the intersection, and visualize possible collision scenarios. Additionally, we were asked to create aerial photo maps for use in deposition and analyze video footage of the crash aftermath.

Fat Pencil started work early, before any depositions had been taken. Our first success was using video from different sources (cell phone and security camera footage), synchronized with audio from a 911 call, to identify additional witnesses that were not interviewed by police. We also used an early version of the 3d model to visualize possible collision scenarios with attorneys as they were selecting key issues to frame their case.

One mystery was the fact that no collision was apparently visible in the security camera footage. Dr. Khiabani only shows up on the ground after the bus is well past him, and it is unclear where exactly he was when the collision occurred. However, the bus inspection provided a clue: a large scuff mark near the front wheel well that suggested contact with the rubber housing of the bicycle brake handles.

This prompted us to look more carefully at this area of the bus while moving frame by frame through the video footage, and that’s when we noticed a dark blurry shape moving between frames, not consistent with any other objects in view. The only possible explanation was that we were seeing Dr. Khiabani just prior to falling from his bicycle.

This information helped other experts in the case (accident reconstructionist / biomechanical engineer) be more precise in their findings. We used visual facilitation (online meeting with real time 3d modeling) to help the experts visualize and share opinions, which proved to be a crucial time saver in this fast-paced investigation.

When it came time for trial, we were able to quickly create new exhibits to simulate the views of multiple witnesses based on their testimony. The judge allowed full use of our SketchUp model in court, which set the scene for an interesting session of real time 3d visualization in front of a jury. After the usual qualifying questions, I spent a couple of hours moving the bus and bicycle around as requested by opposing attorneys to explore hypothetical explanations for why the collision occurred, and how these explanations compared with physical evidence and witness testimony.

The trial lasted a month, but the jury needed only a few hours to find in favor of the plaintiff, awarding a total of $18.7 million in damages to Dr. Khiabani’s family. MCI is expected to appeal the ruling. 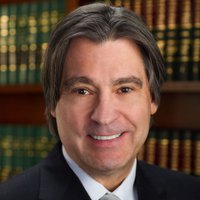 Fat Pencil’s expertise was valuable from the beginning of the case. They saw details that others missed, helped our experts collaborate effectively, and delivered a compelling visual story at trial.