All parties ruled negligent in the failure of the Morrison Bridge deck, but County is awarded money to pursue a new fix. 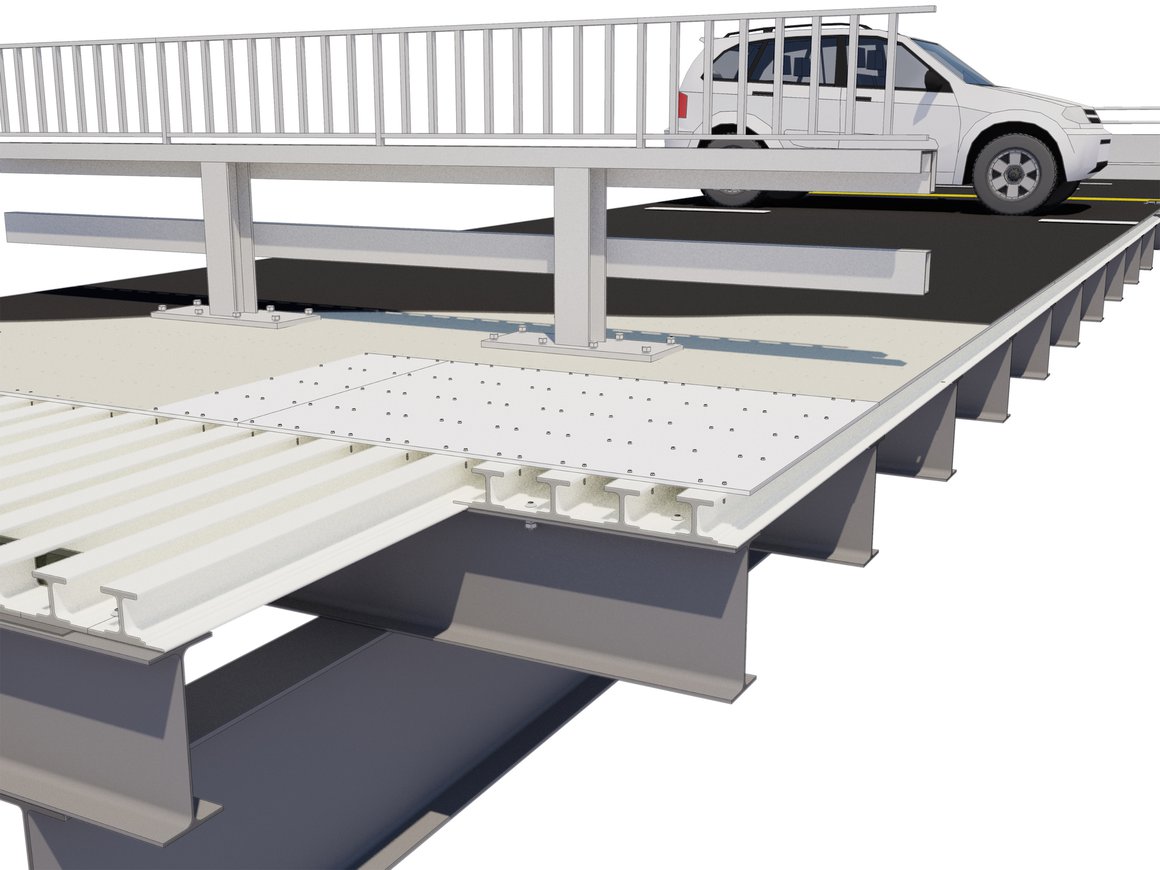 On March 6, a jury returned a verdict in the case of the defective lift span deck that was installed on the Morrison Bridge in 2011-12. The Morrison Bridge is Portland's busiest non-highway bridge, carrying about 50,000 cars each day. Defects in the deck became apparent within months after construction was completed in March 2012, and have worsened alarmingly over time. There were five parties in the case, including Multnomah County, and all were ruled negligent. The County, however, was pleased to receive $4.4 million in damages to go toward replacing the deck.

We worked with Stoel Rives to prepare a series of graphics in support of the County's case. We created an accurate digital model of the main span of the bridge in order to illustrate key structural features, precisely describe flaws in the deck installation and explain how that led to widespread damage. This series of cutaway diagrams show the fiber-reinforced polymer (FRP) deck installed over the existing steel bridge beams & stringers:

Improperly installed fasteners were one of many issues flagged by County inspectors. This series compares the fastener layout shown in design documents with the conditions actually observed on the bridge. Viewing the panels from below makes it clear why the misaligned screws are a problem.

One of the most difficult issues to grasp was how the engineering design contributed to the bridge deck failure. This animation was prepared as demonstrative evidence for use by the County's structural engineering expert: