One of the first cases I ever worked on dealt with a man who died in police custody. The incident happened in 2006 on a sunny afternoon at the corner of 13th & Everett in Portland’s Pearl district. There were dozens of witnesses, but just two still photos taken at the scene. Back then, not everyone carried a cell phone, and not every phone had a camera.

What a difference a decade makes. Today, many police actions are captured on video... sometimes from dozens of different sources including police and transit agencies, building and business owners, news agencies, and private citizens. Yet even with all these cameras, incidents that trigger an arrest are often seen only briefly in footage that may be dark, blurry, and chaotic.

Our job at Fat Pencil Studio is to understand the stories hidden in these videos and figure out how to prepare a compilation that will make sense to an audience who may only watch it a single time. Here’s an example of how we did that for one particular case.

In 2016, police moved to clear an unlawful assembly near Portland's Pioneer Courthouse Square. One of the people arrested that night later sued the county police agency, alleging (among other things) that insufficient warning was given prior to the arrest. Fat Pencil was hired by defense counsel to create a video compilation showing what happened in the minutes leading up to the incident.

We used two primary strategies to investigate what was possible to learn from video footage:

Each short video clip matches up with Facebook Live footage which was running continuously.

In this case, even with video enhancement, it was difficult to see exactly what was happening during the actual arrest. However, it was clear that the plaintiff had several minutes of consistent warnings from a police “sound truck” to leave the area. Synchronizing various video clips with some Facebook live stream footage gave us an accurate map and timeline for the movement of police officers and their sound truck in relation to the plaintiff’s location. 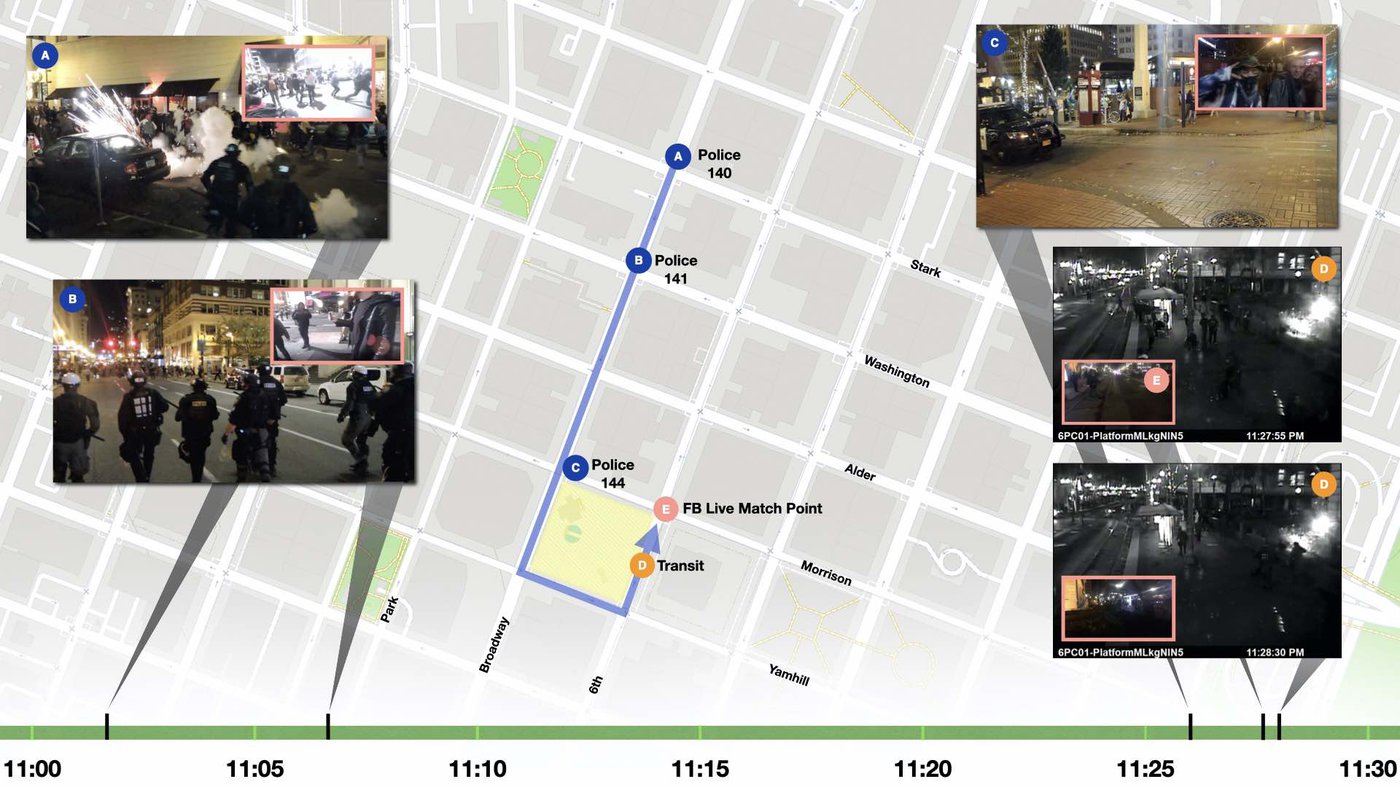 Once we understand as much of the story as the video can tell us, we test different options for explaining what happened using one or more of these techniques. (In this case we used all three)

I testified in court to explain our procedure for synchronizing videos and creating the timeline map & 3d diagrams. In the end, the jury still pinned some liability on the county because of some things that happened after the initial arrest. However, the "failure to warn" allegation was well countered by the video compilation. 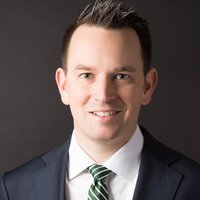 One thing I have learned from my six year old is that stories are better with pictures. Your visuals helped me tell our story well, and I believe, helped the jury agree with it.