The pros and cons of sourcing open-source street-view photos from contributors around the world. 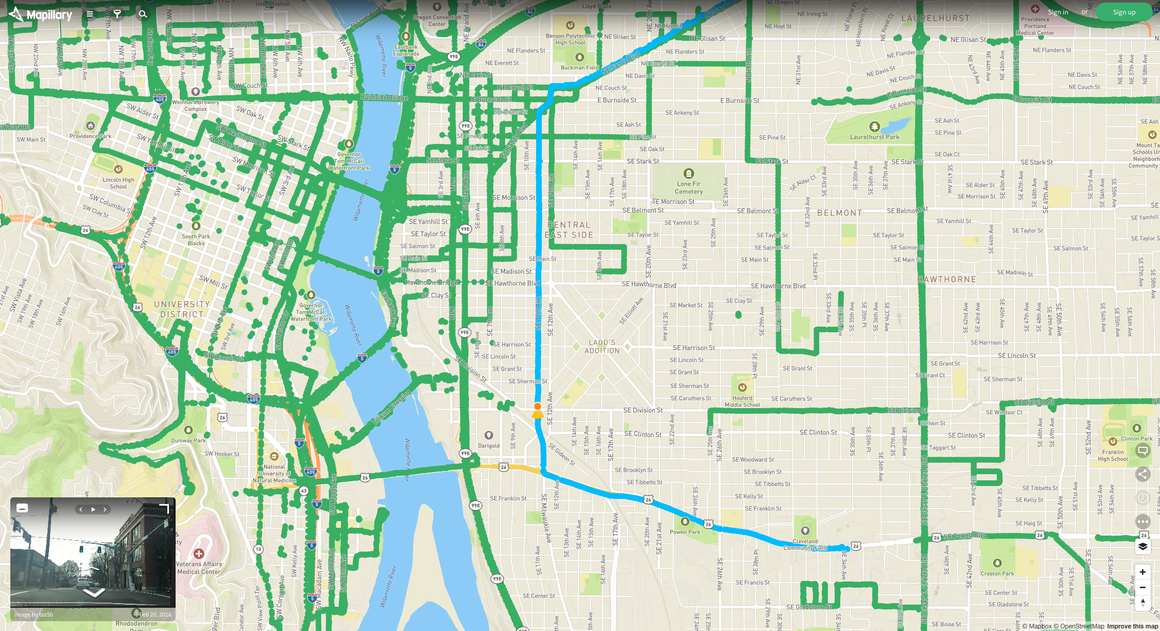 Recently I heard about Mapillary, an open-source app that lets anyone with a camera and an internet connection contribute to a database of street view images from around the world. We use Google's street view all the time to create 3D models of remote locations, so I was curious to see what Mapillary has to offer. Their edge is that their contributors aren't just tall cameras on vans but real people walking, biking, and driving the streets of their own home cities. The result is higher-density street view images of places where Google's vans can't always go, updated much more often. All photos uploaded are saved and remain accessible, just like historical imagery from Google.

Mapillary is trying to change the way map data is collected and made available to people. (We've touched on this before.) The idea is that if "everyone" contributes, we'll all have access to a better street view system with wider reach and higher potential for use in public works and education. For instance, in addition to street-view images, Mapillary incorporates recognition software to help itemize objects and structures within each street scene. An area where this has been put to use is in helping the city of Los Angeles keep its street sign inventory updated regularly. Even this is crowd-sourced.

But what about its drawbacks? One thing that has the crowd-sourcing system scratching its head is how to deal with updates in a timely manner. On the one hand, all the maps are constantly being updated and added to. On the other hand, with a scope like the whole planet, one can imagine that even constant updates, system-wide, take a while. When it comes to privacy, this might not be in everyone's best interest. Mapillary employs algorithms to help find sensitive information but there are still people in charge of blurring faces and license plates, and reviewing them takes time. It doesn't take long to cruise the world and find an as-yet unblurred license plate or unsuspecting pedestrian plainly visible. 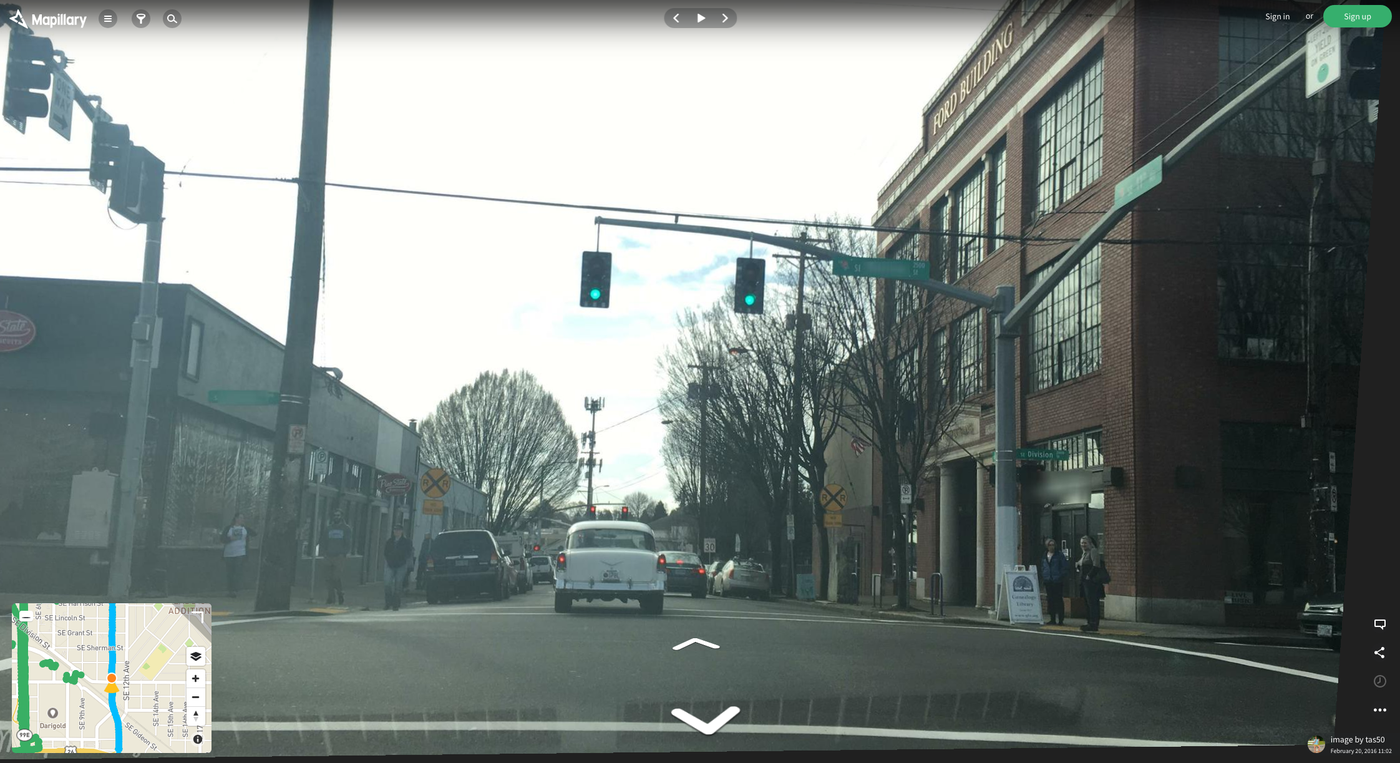 This image was taken from a moving car of our building at SE 11th & Division. Credit is given to the contributor in the lower right-hand corner of the image.

The other thing Mapillary has going against it is the map loading times. It's a bit of a beast, so it can take time for images to load up, just due to the image density in some areas. The interface is also a little different than us Google-users are used to, as it lacks a satellite view. While Mapillary doesn't currently offer that same zoom-around-the-world feel as Google Earth, it has a surprising amount of coverage, taken and maintained by regular people. It's a nice feeling to know that anyone can upload photos, and that anyone across the world can view your neighborhood through your eyes.

Imperfections aside, it's still a cool-as-heck tool for getting to know a neighborhood from a pedestrian- and bike-oriented perspective. There's lot's of coverage by users in cars, too, though it's still nice that it's not the only option. What Mapillary really offers, is the chance to participate in a global photo-documentation project that democratizes the street-view process, which just sounds cool. I checked out the small town in Oregon where my parents live and someone's even been through the main road there, though that's pretty much it. Maybe I'll make it a project for my next visit.