A GIS conference at Portland State University with an activist edge. 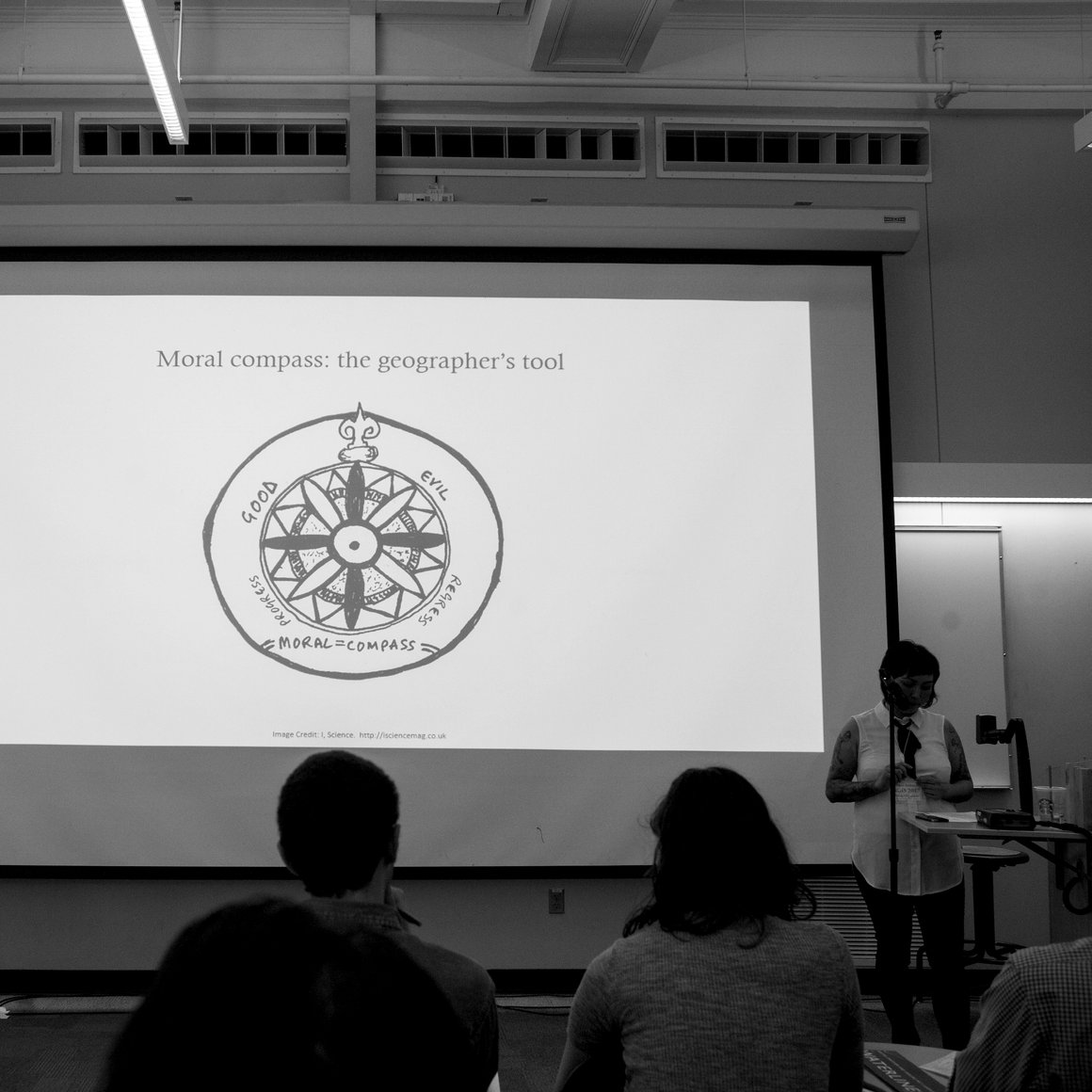 On May 20th, one of Portland’s first sunny Saturdays the year, 200 people elected to stay inside and talk about maps. Maps they love and hate, maps they made themselves or dreamed of making, how we make maps and why we make maps. This was the first-ever Resistance GIS Conference, held in a dim auditorium at Portland State University. The low-budget, all-heart operation brought into that auditorium speakers from around the U.S. who take a critical look at data and geographic information systems (GIS) in our modern world.

The one-day mini-conference was the joint effort of the GIS clubs from PSU and Portland Community College, supported by a handful of eager community volunteers (myself among them). The conference appealed to my appreciation of maps for their storytelling power and the sway they command in planning circles.

In an interview on Oregon Public Broadcasting’s Think Out Loud the day before the conference, graduate students and head organizers Sachi Arakawa and Tim Hitchins laid out their case for a more critical approach to data and GIS. As Hitchins explained, “There is a narrative behind a map. Maps are based on data, and whoever controls that data or produces that data that then becomes a map tells a story. And there are a lot of stories that aren’t being told. We’re taught in this siloed, academic atmosphere that GIS is a neutral tool, and it’s not.”

Presenters spoke about topics ranging from the new issue of data refuge, the value of documenting the lived experiences of communities, how drones are a new tool for grassroots mapping, the impact of mapping informal settlements in the global south, and so much more. The most eagerly awaited talk was from keynote speaker Erin McElroy of The Anti-Eviction Mapping Project in the San Francisco area. Her presentation was a candid look at the Project, a complex and interwoven collage of maps, music, film, murals, profiles and more that track Bay Area evictions.

Throughout the morning and afternoon, the atmosphere in Shattuck Hall was one of passionate, rapt attention. The organizers strove to create an event and atmosphere that was inclusive for all – locals and visitors, industry wonks and newcomers. And the success of their efforts was immediately evident. Every presentation shifted organically into open discussion and debate, and speakers paused often to explain terminology and expand upon their techniques. Volunteers in the refreshments room played music and facilitated conversations. The walls of the room were papered with student projects; tables were covered with blank maps and posters ready to be filled with attendees’ data and ideas.

All presentations and discussion that took place at the Resistance GIS conference were filmed and will be made public on the event’s website in the near future. Follow-up from the conference and information about other notable data and GIS efforts can be found on the RGIS Twitter feed.