The nuts and bolts of importing Total Station data into SketchUp to quickly and accurately create site and scene models. 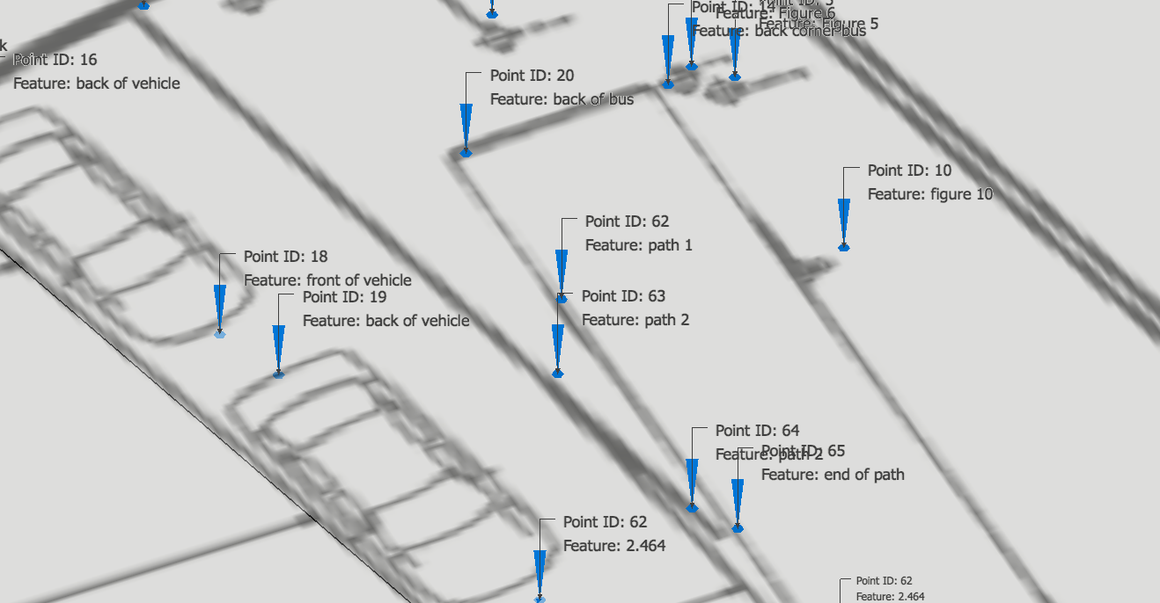 For anyone who hasn't gotten the memo yet, electronic measuring devices are the gold standard for collecting precision measurements for both construction surveys and crime scene reconstructions. Points in space are recorded by the device and logged either in a text file or with its own proprietary software. From there it's just a matter of having the know-how to interpret and model from that data. And Fat Pencil Studio already has quite a bit of experience with importing, interpreting, and processing scenes using this kind of computer-collected data.

Two types of electronic survey tools that we work with are: laser scanners (to be discussed in an upcoming post), and Trimble's Total Station. Total Station uses electro-optical distance measuring devices, generally infrared-based, to measure horizontal and vertical distances to a target placed by a surveyor.

Other than cost, the advantage of this technique over laser scanning is that it saves a lot of post-survey computer processing time. By selecting and placing targets, only the most relevant information is taken in to be processed. For site and scene modeling, it is often enough to have just a handful of key points, such as the corners of a building, the edges of a curb, or the wheels of a car. The point clouds produced by laser scanners are certainly useful, though they can be so densely packed that it is difficult to extract the needed data. 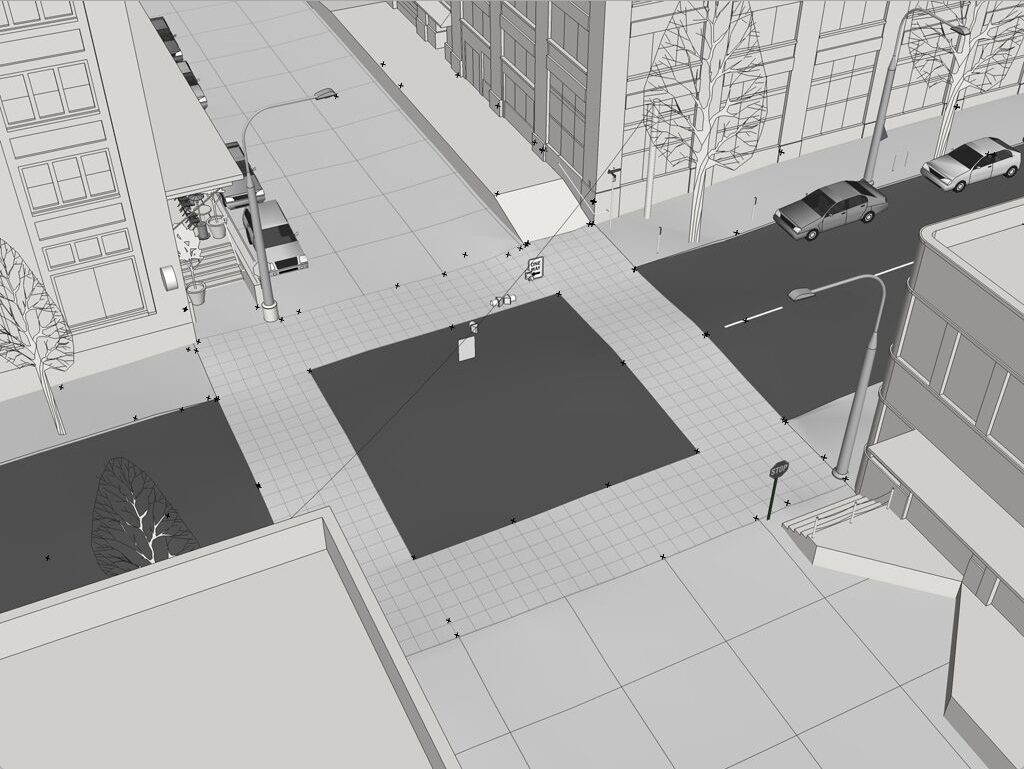 Total Station data is recorded as a series of coordinates separated by commas called a matrix, often saved as a (.txt) file. While it's certainly possible to plot them all by hand (middle school math, anyone?) it's not necessarily a good use of time. For this project we had the chance to test out a new plugin that we hadn't used before: Total Station Point Importer, available in the SketchUp Extension Warehouse and created by developer CMD. 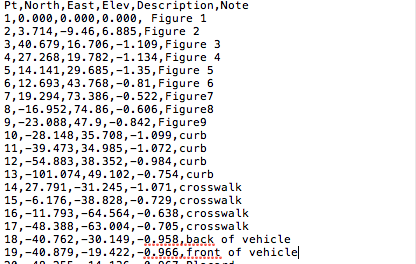 With this plugin we were able to quickly import the data right into SketchUp to create our context model. Paired with a reference map as an underlay (see image at top of post), we were able to reduce the amount of time it would have taken to build the model from scratch. Total Station Point Importer allows you to bring in points along with their descriptions as labels, so you know which point is which. It also automatically groups and creates layers for points, labels, and markers so that each element can be turned on or off depending on the need.

A Total Station survey helped validate the photogrammetry we performed in the (Trimet Bus Case).

For anyone working with electronic measurements, it is incredibly important that the right tools be used. This can make the difference between hours of tedious work and having extra time for perfecting your model.